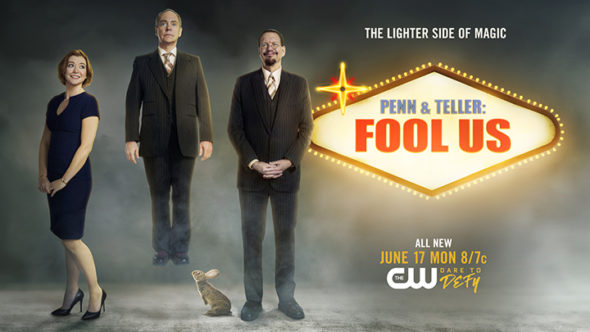 For comparisons: The fifth season of Penn & Teller: Fool Us averaged a 0.31 rating in the 18-49 demographic with 1.341 million total viewers.

What do you think? Do you still like the Penn & Teller: Fool Us TV series? Should it be cancelled or renewed for a seventh season on The CW?

This is a very entertaining show. I hope more people will tune in and when they do they won’t miss the show going forward.

Yes, we LOVE Penn & Teller: Fool Us! It MUST be renewed. It’s the best thing on TV next to Blue Bloods and Last Man Standing!