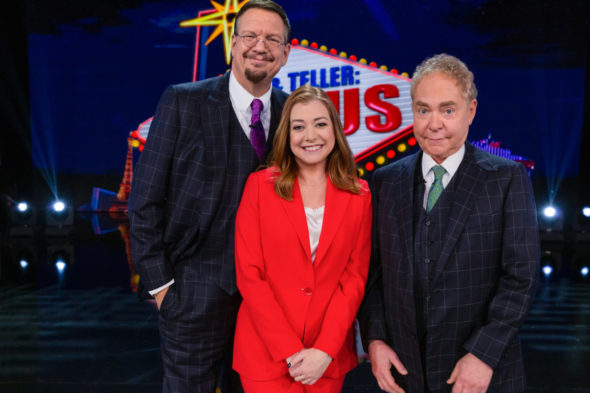 Due to the shutdown of television production caused by the coronavirus pandemic, The CW programmers had to get extra creative with the Fall 2020 schedule. The network delayed the premieres of its regular season shows until 2021 and has filled with the fall schedule with programming that have already been filmed. Penn & Teller: Fool Us is one of those shows so it appears that there’s no need to worry about this venerable summer series being cancelled anytime soon. Will viewers keep watching? Stay tuned. *Status update below.

4/16 update: You can see the latest night’s ratings in context.

For comparisons: Season six of Penn & Teller: Fool Us on The CW averaged a 0.23 rating in the 18-49 demographic and 1.14 million viewers.

Note: Because The CW has broken season seven up between the 2019-20 and 2020-21 broadcast seasons, the ratings are presented here in two different charts. The averages are included in the respective season charts (2019-20 and 2020-21.

What do you think? Do you like the Penn & Teller: Fool Us TV series on The CW? Do you hope that it will be renewed for an eighth season?