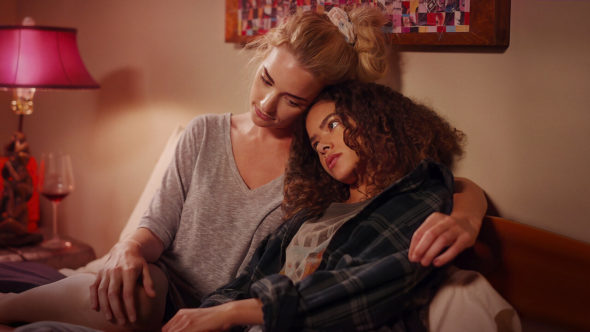 The Miller family is returning. Netflix has renewed the Ginny & Georgia TV series for a second season. A premiere date hasn’t been announced.

A coming-of-age dramedy created by Sarah Lampert, the Ginny & Georgia TV show stars Brianne Howey, Antonia Gentry, Diesel La Torraca, Jennifer Robertson, Felix Mallard, Sara Waisglass, Scott Porter, and Raymond Ablack. The story revolves around awkward Ginny (Gentry), a 15-year-old who is more mature than her dynamic 30-year-old single mother, Georgia (Howey). With nine-year-old son Austin (La Torraca) and Ginny in tow, Georgia relocates the family to a picturesque New England town in order to give her kids a better life than she had. Her past threatens to upset these idyllic plans.

The first season’s 10 episodes of Ginny & Georgia were released on February 24th. Netflix reports that the show was viewed by 52 million households in the first 28 days of its first season release. It made Netflix’s Top 10 list in 87 countries around the world and hit number one in 46 countries, including Australia, Brazil, Kenya, and the United States.

“We are so appreciative of the incredible response and love you all have shown Ginny & Georgia,” showrunner/executive producer Debra J. Fisher said in a statement. “We’re especially grateful to Brianne and Toni, who set the highest bar every step of the way. We can’t wait to return to Wellsbury for season two.”

We’ve got big news, peaches! Ginny & Georgia will be back for a Season 2! pic.twitter.com/77wc2rPieO

What do you think? Have you watched the first season of Ginny & Georgia on Netflix? Are you looking forward to season two?