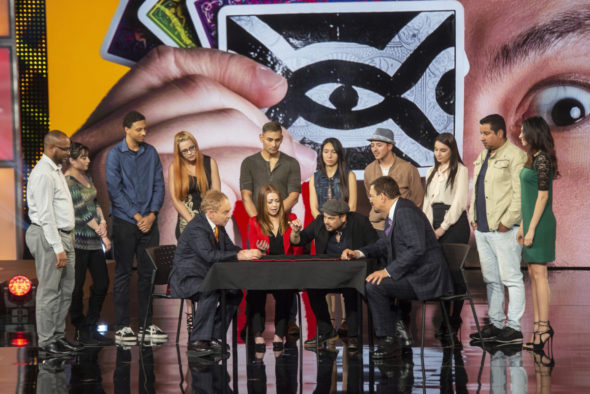 Will The CW cancel or renew Penn & Teller: Fool Us for season seven? The series draws okay ratings and seems inexpensive to produce so I’m thinking it will be renewed as long as the magic duo want to continue. I’ll update this page with breaking developments. Subscribe for free Penn & Teller: Fool Us cancellation or renewal alerts.

What do you think? Are you glad that the Penn & Teller: Fool Us TV show has been renewed for a seventh season? How would you feel if The CW had cancelled this TV series, instead?