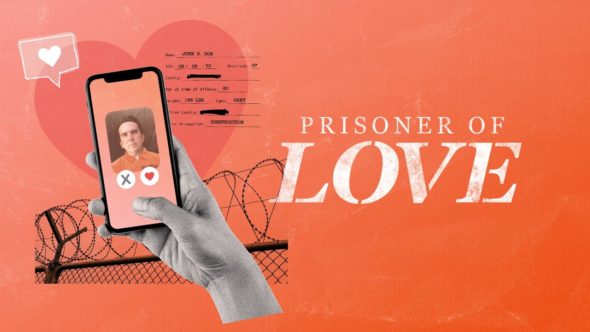 Prisoner of Love has a cable TV premiere date. The matchmaker series has been available for Discovery+ subscribers, but viewers will now see the series on Investigation Discovery starting next week. The show follows Chelsea Holmes as she helps singles find love with prisoners across the country.

Investigation Discovery revealed more about the series, including the couples appearing during season one.

“Finding true love isn’t always easy, and now more than ever, struggling singles across the country are craving a romantic connection. But sometimes true love can’t be found at the local bars because ‘the one’ is serving time behind them. Enter prison matchmaker, Chelsea Holmes. Chelsea has been connecting with inmates for years through a pen pal program, and recently evolved it into a matchmaking business that connects hopeful singles with prisoners for the digital age. Chelsea isn’t simply a matchmaker – she’s a hopeless romantic herself, looking for love with someone on the inside. As Chelsea navigates her locked-up love affairs, her clients are trying to manage their own budding relationships with desperate desires for a life of love after a stint behind bars. This arresting six-part true crime series debuts on ID Monday, January 24 at 9pm ET with new episodes airing weekly on Mondays at 9pm ET.

“There’s a stigma most people have about those in prison, but most of them are trying to better their lives – not to mention, a lot of these guys are smoking hot,” said prison matchmaker, Chelsea Holmes. “We all make mistakes, and we all deserve a second chance at finding love. If this can work for me, it can work for anyone.”

Season one of Prisoner of Love documents five couples as they navigate the roller coaster ride of dating someone in the big house and the unique struggles it presents. Chelsea does all she can to give these singles the tools to make their relationships successful beyond prison walls, but are these convict connections built to last? Below are the couples taking the plunge for love in season one:

Not only is Chelsea Holmes a prison matchmaker, she is also a client herself! After she found love with an inmate through a prison pen pal program, she wanted to help others find the same success in their relationships. Chelsea never let herself cross the line from pen pal to romance with an inmate – until she met Manuel. His rugged good looks and charming personality instantly attract her, and she falls hard.

College student Isa has always been a good girl. She’s studying education in New York, but focusing all of her energy on her studies left her love life with a failing grade. Now, she’s fallen for inmate Devin, and it’s throwing her whole life into disarray. Her conservative parents can’t find out, her friends don’t approve, and even she isn’t sure how bad-boy Devin fits into her long-term plans. But her heart is in it, even if her head is stuck between two worlds.

Brey is best friends with Chelsea’s son, and now that he’s all grown up, he decides to give her art of matchmaking a try. Brey has always been a quiet creative, and hasn’t had much luck introducing himself to women at bars or meeting potential matches through the apps. Once Chelsea shows him some of the beautiful female inmates looking for love, Brey jumps in with both feet and lands on Arlette.

When Dexter first learns that his son, Brey, is considering dating an inmate, he is in disbelief. Dexter is old school, and can’t understand why his son doesn’t look for a traditional relationship the old fashioned way. After sitting in on Brey’s first matchmaking session with Chelsea, this twice-divorced dad decides it might be time to break out of his comfort zone and try a new approach to dating, too.

Though not one of Chelsea’s clients, Aluntra and her fiancé Bryce have been separated by prison walls for their entire almost four-year relationship. Now that Bryce’s release is weeks away, Aluntra is ready for the two of them to finally get a fresh start and begin their life together. They have big plans to get married, start a family, and find careers in a new city, but Bryce’s family and past threaten to hold them back. Aluntra has waited years to be with her beau, but will her patience run out?”

What do you think? Are you planning to check out Prisoner of Love on Investigation Discovery?

This is NOT the type show I watch ID for. I don’t care about someone else’s relationship!

I will now STOP viewing ID all together
This is nothing but trash tv placed in same time slot as Bachelor. I will simply watch the older episodes on YouTube, etc
The shows that built ID Discovery
Lack of Standards and Deeply Disappointing