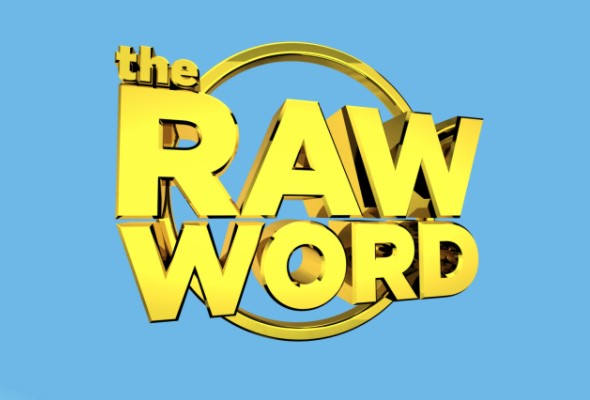 The Raw Word is a new daytime series coming soon. The series will be a part of a four week test run in selected markets starting March 5.

Final Level Productions revealed more about the new daytime talk show in a press release. Check that out below.

“Beginning March 5th, daytime will get a dose of no-holds barred honesty, energy and witty commentary courtesy of one of the country’s most outspoken cultural voices, Dr. Michael Eric Dyson.

Irreverent and witty at its core, The Raw Word, executive produced by Andre Jetmir, Ice-T and co-executive produced by Dyson, is a daily talk show that specializes in a new kind of narrative – where the ordinary and the extraordinary get equal billing and where the conversation focuses squarely on what we all have in common vs. pointing to our differences. The perfect mix of celebrity and human interest, Dyson will put a spotlight on the relevant and relatable – whether he is going one-on-one with one of Hollywood’s top A-listers or is engaging in meaningful dialogue with someone who could be your next door neighbor, Dyson’s goal is to give audiences what they’ve been craving – a show where love of life and laughter rule the day and a place where they can expect the unexpected. Unfiltered and uncensored in every way – Dr. Michael Eric Dyson always says exactly what you’re thinking.

Commenting on the launch, the best-selling New York Times author said, “I can’t imagine a better time to be handed a platform like The Raw Word. It’s a privilege to work with Andre, Ice-T and Sinclair on this audacious adventure and I look forward to being at a place where real talk and not chatter rules the day. Stepping into a role where we get to come together, laugh, and be moved by the human condition is something that everyone can relate to – no matter your age, gender or race. I’m excited about the opportunity and look forward to getting raw and real in the weeks ahead.”

Airing in the following Sinclair markets through March 30, the series also features co-hosts Claudia Jordan (The Celebrity Apprentice, Real Housewives of Atlanta) and Psychologist Dr. Dan Ratner; and announced today that Executive Producer Ice-T will guest host a number of episodes. It was also announced today that The Raw Word will be directed by Manny Rodriguez whose credits include Ellen, Hollywood Today Live and Love & Hip Hop and that three-time Emmy winner Shant Petrossian (Rachael Ray, Piers Morgan Live, Dr. Oz), will lead the talent team and has been named Senior Consulting Producer. Set for The Raw Word was created by Production Designer Matt Tognacci (The Talk).

The Raw Word can be seen on the following stations:

Executive producer Andre Jetmir said: “Dr. Michael Eric Dyson is a rule breaker so I can’t think of anyone better to take on the challenge of breaking through the media clutter with a show like The Raw Word. We are excited about working with Sinclair on this amazing project and feel confident that Michael’s fresh take, honest approach and real interest in engaging fans with content they care about will be both memorable and entertaining.”

Arthur Hasson, COO Programming, Sinclair Broadcast Group, added: “We are excited to test this show. When Andre first approached us, we took notice of the show’s fresh approach and its regard for the audience. I’m glad we were able to put this together. Dyson is a force to be reckoned with and the depth of his understanding of so many topics is not only impressive-it is unique in daytime TV.”

Check http://rawword.com/ for more information and local listings. Viewers can join the conversation on Twitter @therawwordtv or Facebook @TheRawWordTV.”

Will you check out The Raw Word? Tell us what you think.

If it’s one-sided like most of Hollywood and the mainstream media is, then the “no matter the age,gender, or race” means nothing. Stopped caring for talk shows a long time ago, but still sick of the unfairness. You won’t ever find me watching “the view” unless I for some crazy reason I wanted to hear their typical opinions. Shame though, I used to like Whoopi in the past especially for her being a woman of color in films.