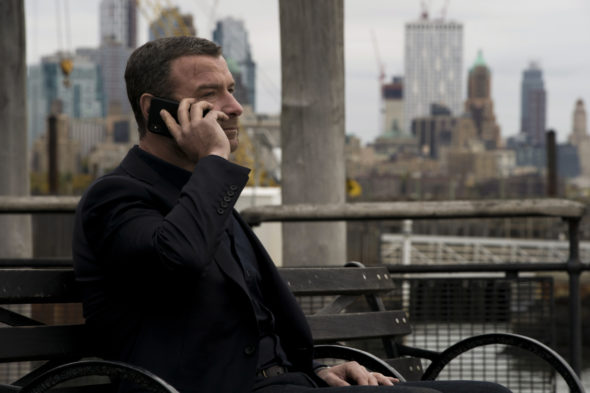 Ray Donovan viewers have received the closure they were seeking when the Showtime drama series returned a two-hour movie. The film is a condensed version of what was planned for season eight. Showtime surprisingly cancelled Ray Donovan after seven seasons in February 2020. Star Liev Schreiber has said that the plan was to end the show with an eighth season.

The Ray Donovan film saw Ray (Schreiber) spend the film tracking his father Mickey (Voight) down before he can do more damage. The movie ends with Mickey’s death at the hand of Ray’s daughter, Bridget (Kerris Dorsey).

Will viewers see more of Ray Donovan in a future Showtime film? Schreiber said the following about the possibility of more in an interview with TV Line:

“This is the end for me. For now. But if somebody creates a new narrative and it makes sense, I don’t see why [it couldn’t continue down the road]. But there’s nothing in the works.”

However, executive producer and director David Hollander gave a more definitive answer to that question:

What do you think? Were you happy with the way the Ray Donovan movie wrapped things up for the series? Would you like to see the characters return someday?

Loved the Ray Donovan movie. It was as good as the show but the ending left things open.

This was the best TV Series ever! Excellent acting, excellent script, excellent production! There is no other tv series that can match it! PLEASE CONTINUE THE SERIES!!!!!!

The movie did not give justice to the serie! I feel that the TV Network pulled us into Ray’s world, gave us the bat, then left the scene of the crime while we were on the ground gasping for air!………….PLEASE continue the series!

I am WITH hope that the series will return. Unless Liev and some of the characters need to move on. My Most Favortie sereies ever!! I am rewatching from the beginning on a large screen plasma TV. Who created these characters? Will Ray Donovan return one day? That is the question? Does anybody know out there? Millions of fans are missing the show, maybe Ray Donovan will figure out a way! I sure Hope so!!

I am WITH hope that the series will begin again! Unless Liev and the some of the other characters need to move on. It had to be the most popular drama series on Television. Its fun watching the series on larger screen plasma TV! Who created these characters, I wonder? It worked so well! Will the series return? Millions of fans are missing the Donovans!

Ray Donovan is the best. no doubt, hands down. I only wish it didn’t end. I thought the acting and writing was excellent. Happy and surprised with the Movie ~ .Although I wish it would come back again to begin continued series 9. Did it leave an opening for a Ray Donovan Return? I am without hope that it may one day. I believe it would attract many many fans return! But, everybody must have their reasons to end the story of Ray Donovan. But he is still out there somewhere, Until then I will just watch the series all… Read more »

This could have continued good drama is hard to find that draws one into the family’s turmoil. Leaving a end open not well received in our house.