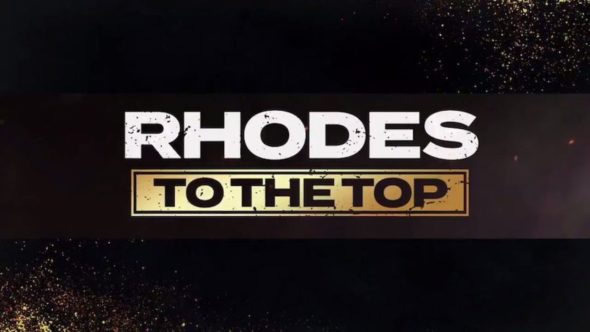 Rhodes to the Top is headed to TNT. The cable channel has ordered the new half-hour reality series which will follow Cody and Brandi Rhodes, the wrestling power couple from the AEW who are also soon-to-be parents. A premiere date hasn’t been announced thus far.

TNT revealed more about the new reality series in a press release.

“Tonight’s action-packed episode of AEW DYNAMITE delivered another special announcement for soon-to-be parents Cody and Brandi Rhodes. TNT has ordered a new unscripted series, Rhodes to the Top, from Warner Bros. Unscripted Television in association with Shed Media, that will go inside the lives of Cody and Brandi as they navigate their growing family while building AEW’s global wrestling empire.

Each 30-minute episode will take viewers behind-the-scenes as the powerhouse couple manage their ever-busier lives inside and outside the ring, all the while surrounded by a colorful and often hilarious motley crew of wrestlers, family and friends who both support and test them at every turn. Married in 2013, Cody and Brandi have been on an unprecedented path to wrestling greatness, but will now face their newest and possibly biggest challenge yet.

“I’ve witnessed firsthand the passion and dedication that Cody and Brandi put into every facet of their life and know how much that plays an instrumental role in the success and expansion of AEW,” said Sam Linsky, Co-Head of Scripted for TBS, TNT and truTV. “Now the world will get an inside look at how they balance their personal wrestling careers, their training center, and their executive roles at AEW as they venture into one of the most intimidating chapters of life, parenthood.”

Corie Henson, EVP, Head of Unscripted for TBS, TNT and truTV added: “AEW fans know Brandi and Cody inside the ring, and ‘Rhodes to the Top’ will peel back the curtain of their lives off the mat. Running a business together as the stars of ‘Dynamite,’ juggling friends and family, and introducing a new baby into the Rhodes dynasty is sure to be a wild ride.”

“Since the late 1960s, the Rhodes family has been in one spotlight or another,” said Cody and Brandi Rhodes. “People think they know us, but this show is the first true look behind the curtain and beyond the ring. They’ll see us fail and succeed, but most importantly, they’ll see us bet on ourselves as we travel the Rhodes to the top.”

“I’m thrilled to expand AEW’s relationship with WarnerMedia and TNT, and Rhodes to the Top will represent a new outlet in which our fans can further connect with characters they already love, and new viewers can discover these personalities for the first time,” said Tony Khan, Founder, CEO, GM & Head of Creative of AEW. “With our flagship show Dynamite and now Rhodes to the Top, in addition to our third hour of wrestling programming coming to TNT later this year, 2021 will be a historic year for AEW and our partnership with WarnerMedia.”

AEW’s Chief Brand Officer and soon-to-be mom Brandi Rhodes is also a professional wrestler, actor, former competitive figure skater, and host of her own cooking show A Shot of Brandi. Brandi is also the first Black woman to hold an executive position in a professional wrestling company.

“Starting a family is one of the most rewarding challenges that a couple encounters, and we’re excited that Rhodes to the Top will give us a glimpse at Cody and Brandi beyond their success in the AEW ring,” said Dan Peirson and Lisa Shannon, Senior Vice Presidents of Programming and Development, Shed Media. “We’re thrilled to be working alongside our amazing partners at AEW and TNT, who have built a top-notch, must-see destination for wrestling fans which has allowed us to help expand the league’s universe.”

Check out a preview for the unscripted series headed to TNT below.

What do you think? Are you planning to check out the Rhodes to the Top TV series on TNT?

So sick of these reality shows. I need cable networks to make good drama shows. Not spending money on some dumbass wrestler and his wife. USA Network already has that show.

Yeah, USA is turning into garbage too. NBCUniversal basically turned their cable networks all into the E! network. They cancelled all the scripted shows for unscripted stuff. Probably because it’s cheaper.

On the nose, my friend
Reality TV IS cheaper and because these shows are not recognized as “scripted”, the producers don’t have to pay the crews and casts the same amount they would pay REAL actors and scriptwriters. It’s all about money

I think TNT can drop the tagline “We Know Drama” now. Less scripted television and more reality TV, is only contributing to the dumbing of
American society