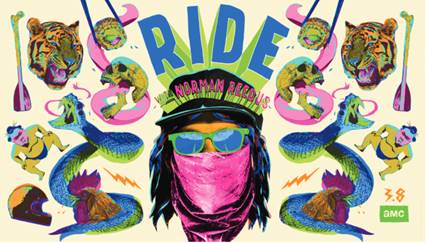 Ride with Norman Reedus is getting ready for a brand new season, and AMC has just revealed who will join Reedus on a bike ride during season four. One of the celebrity guests will be a reunion from The Walking Dead.

AMC revealed the following about the new season in a press release:

The new season of Ride with Norman Reedus arrives on March 8. Check out the trailer for season four below.

What do you think? Are you a fan of this series? Are you excited to see Norman Reedus reunite with Michael Rooker?

I love this series. Of course Norman Reedus is the big draw, but the guest stars are out of this world! Marylin Manson? Scones with Ian Anderson? How entertaining and unexpected! I can’t wait to see who else comes along.

I can’t wait for Ride With Norman Reedus!!