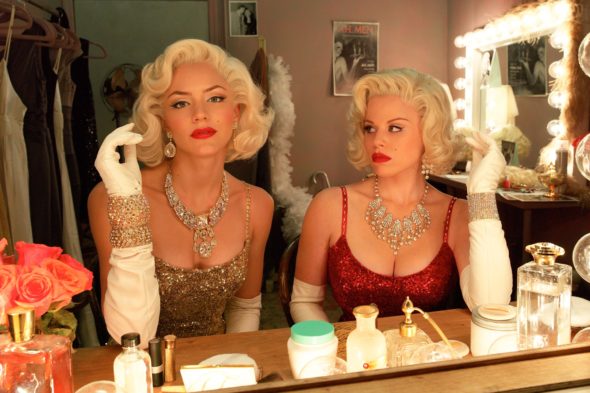 Is Bombshell coming to Broadway for real? According to Deadline, a musical is in development based on the cancelled NBC TV show Smash.

The musical drama follows a cross section of dreamers and schemers who are trying to create a smash hit musical that’s based on the life of Marilyn Monroe. The cast includes Debra Messing, Jack Davenport, Katharine McPhee, Christian Borle, Megan Hilty, Raza Jaffrey, Brian d’Arcy James, Jaime Cepero, and Anjelica Huston. The show was cancelled by NBC after two seasons in 2013.

Marc Shaiman and Scott Wittman, who wrote the songs for Smash, are working on a stage adaptation of  the TV show with Bob Martin and Rick Elice. Executive producers include Steven Spielberg, Robert Greenblatt, and Neil Meron.

I am personally thrilled to be a part of this musical and its road to Broadway. Smash is near and dear to my heart, and it seems fitting that a new musical inspired by what we did on the show would eventually come to the stage.”

What do you think? Are you a fan of the TV show Smash? Would you watch the Broadway show?

Absolutely! Bring it back. So sad to see the show cancelled in the first place.

I absolutely loved Smash and was so upset that it was cancelled. Can’t wait for the broadway show

I’m so delighted that Smash is coming back. You can’t see the beauty of Broadway any better than Smash.