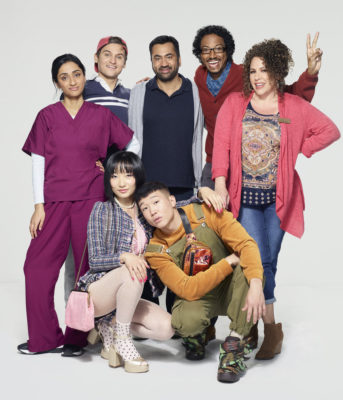 TV show description:
Garrett Modi (Penn) was the youngest New York City Councilman. Living the American Dream, he mingled with the political elite, was invited to star-studded parties, and was the pride of Queens.

However, instead of spending his time in office helping the people that elected him, Garrett lost his way and was seduced by the power and glamour of politics. In the midst of his downward spiral, he’s arrested for public intoxication and stupidity. It’s captured on video and his political career is ended.

Having hit bottom, Garrett stays with his sister, Mallory (Deol), and wonders where it all went wrong. Then, he’s hired by a diverse group of idealists who dream of becoming American citizens and they believe he can help. This gives Garrett a new sense of purpose and a chance for redemption — as long as he remembers where he came from.

Series Finale:
Episode #11 — Multicultural Tube of Meat
Garrett goes on a listening tour and contemplates another run for office. The gang welcomes back an old friend who makes an unexpected decision.
First aired: December 5, 2019.

What do you think? Do you like the Sunnyside TV show? Do you think it should have been cancelled or renewed for a second season?

This show is hilarious! I hate these networks that don’t give these shows a chance. The characters were so quirky and just so funny. Why???? Please! Dont cancel this show!!!