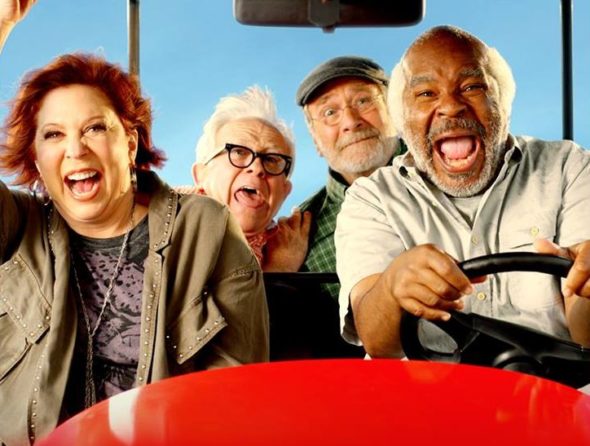 PLEASE PLEASE PLEASE ( echoes of James Brown;the Cool Kids would love it). Keep the show on. I love it- they are cool and funny as hell, as Hanky Pank would say.

I love the fact here’s a new comedy about an older group of friends like “Golden Girls” was. The four main roles are perfectly cast! Please renew for a Season 2…I enjoy it so much!

The cool Kids should be renewed.

This show is really funny, and deserves to be on for years! We love it, and watch all the re-runs as well. Keep the FUN coming. Don’t cancel this show. There are so few good comedy’s on!!!!

This cast is ‘da bomb’. All of them are great comics and play well together and the plots are very original. Great writers! Keep it going and more Cool Kids, please! We always tune in or tape it!

Love this show! LOL! Do NOT cancel and maybe change the time slot to Saturday/Sunday where more people can tune in?

Finally……a funny show! Congrats to the writers and actors!

Love the Cool kids. We have friends over and we all watch it together.

I love the cool kids! Why do 18 to 49 year olds matter so much? We watch more tv than they do!

I love The Cool Kids. The actors are all super fun to watch and always keeps my interest

Love this show! Finally a show with actors who are talented, funny and truly gifted at their craft. Network TV had so little to offer with comedy shows that are well done and relatable to this generation. Please don’t cancel the kids!

Please keep it on we love it, finally a really funny sitcom!