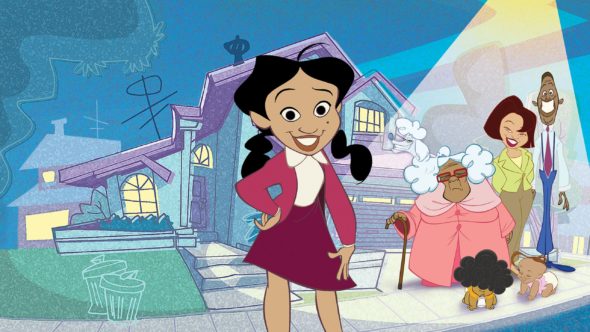 The Proud Family is coming back! Disney+ is reuniting the original cast for a brand new revival of the popular series. Bruce W. Smith and Ralph Farquhar are currently working on the new series at Disney Animated Studios.

Disney Channel revealed the following about The Proud Family: Louder and Prouder in a press release:

“Picking up the story of its central character Penny Proud, the new series will also include her madcap family: parents Oscar and Trudy, twin siblings BeBe and CeCe, and her grandmother Suga Mama (and Puff!). Of course, it would not be “The Proud Family” without Penny’s loyal crew Dijonay Jones, LaCienega Boulevardez and Zoey Howzer, among others.”

The men in charge of the series said the following about reviving the series:

“In our minds, the show never really went away, as we still had tons of stories left to tell. It’s the perfect time to bring back this show, and we can’t wait to take fans, old and new alike, on this journey with us.”

Viewers can check out the original The Proud Family on Disney+. A premiere date for the new series was not revealed.

What do you think? Will you watch the new animated series?