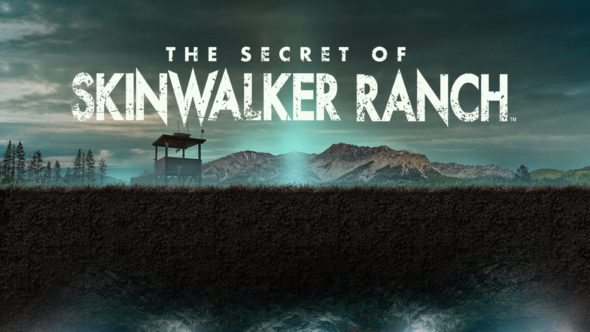 The Secret of Skinwalker Ranch is coming back to History Channel. The cable channel has renewed the series for a third season and announced the reality series’ return date. Returning on Tuesday, May 3rd, the TV show will continue to investigate the area that is known as a hotspot for paranormal activity.

History revealed more about the return of the series in a press release.

“The HISTORY(R) Channel’s groundbreaking nonfiction series The Secret of Skinwalker Ranch returns for season three on Tuesday, May 3 at 10PM ET/PT before moving to its regular timeslot of 9PM ET/PT. With full, unprecedented access to one of the most infamous and secretive hotspots of paranormal and unidentified aerial phenomena (UAP)-related activities on earth, season three of The Secret of Skinwalker Ranch follows the accredited team of scientists, researchers, and experts as they push their experiments beyond anything that has been done on the ranch before. From strange occurrences including unusual spikes in radiation and evidence of mysterious underground structures to inexplicable equipment failures and numerous UAP sightings caught on camera, this 512-acre property located in Utah’s Uinta Basin personifies why truth is often much stranger than fiction.

Since the 1950s, Skinwalker Ranch and the area around it has been the site of decades of study and worldwide media attention. Often referred to as ‘UFO alley,’ this Utah locale has become known for the occurrence of numerous anomalous events and strange UAP-related activity. Over the past two years, the team, led by current ranch owner Brandon Fugal and astrophysicist, aerospace engineer and optical scientist Dr. Travis Taylor, has done numerous scientific experiments to engage the mysterious phenomena on the ranch and this season, they are elevating their investigative journey to new heights, inviting guest investigators to take part in experiments – including former government officials and military officers – and revealing new secrets in an attempt to answer the question: what is really happening on Skinwalker Ranch?

Anchored by never-before-seen footage of the ranch, coupled with the use of cutting-edge surveillance and scanning technology, and an innovative scientific approach to one of the greatest investigations of the 21st century, the team will apply hard science and make shocking discoveries while going further and risking more than anyone has done on the ranch before.

What do you think? Are you excited to check out the third season of The Secret of Skinwalker Ranch this May?

Before and at the time don’t talk about the experiment just do it.

Unbelievable! My husband and I didn’t really believe until we had an experience in Arizona when we saw several objects in the sky completely disappear through what we could only explain as a porthole: Now we completely know that these phenomenas are out there: Love the show, it’s amazing.

Extremely excited to see the show continue until all is discovered

This show is really a comedy, the acting is bad, the “so called ” experiments are ridiculous, all the glitches with sensors and equipment are so contrived, can’t history channel do better than this ?

Just tuned in to HISTORY channel…what? Nothing turns up for SKINWALKER at all. It’s May 9 9am pst. What’s the story?

I would have set up a light at homestead two when they were doing the Tesla coil to see if it lit up when they were hitting the ground at the triangle. Also they need to open up different spectrums of views other than regular looking or infrared