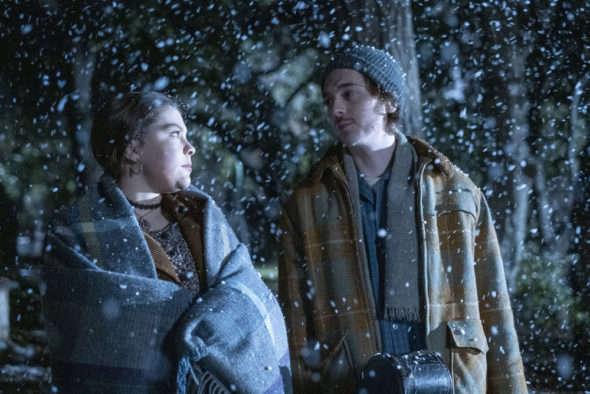 This Is Us is bringing back a fourth season recurring character in season five, per The Wrap. Austin Abrams was most recently seen on Dash & Lily (Netflix). During season four of the drama, Abrams played teen Kate’s boyfriend, Marc.

During his time on the series, Marc was verbally abusive to Kate (Hannah Zeile). In a previous interview, Zeile said the following about Kate’s troubles with Marc on the NBC series:

“I definitely think that when you’re being verbally abused and put down and not supported properly, like in the episode when Marc calls her a ‘fat face,’ I think a lot of the time people think that it’s because of their own doing, you know? They think, ‘Maybe if I was thinner and I was in better shape or I was prettier, he wouldn’t treat me like this.’ But it’s not true, it’s really their own issue. And I think that insecurity… Kate always had self-doubt and always had insecurity, and I think that Marc definitely fostered them.”

This Is Us returns to NBC with new episodes in January.

What do you think? Are you looking forward to Abrams’ return to This Is Us? Are you a fan of this NBC drama?

YES BRING HIM BACK SHOULD BE VERY INTERESTING!

Why is “This Is Us” cancelled for half of November and December after only 4 episodes?