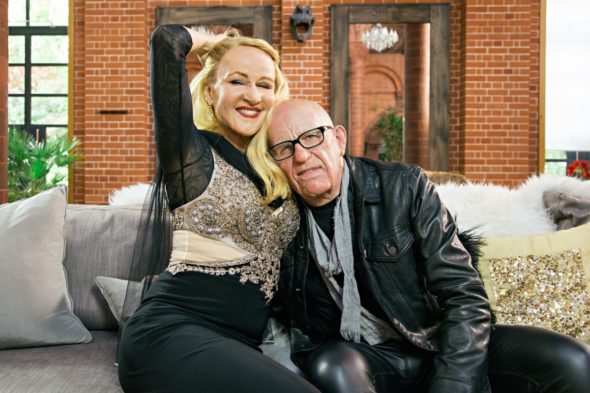 Since HBO doesn’t have to worry about ratings-determined ad rates, it has a little bit more flexibility when deciding which TV shows to cancel or renew. Still, the premium cable network’s business model means it must attract and retain subscribers, so executives do take viewership into account when deciding the fate of less watched series like Tracey Ullman’s Show. Because it hails from BBC One, the decision isn’t solely up to HBO, but its continued interest can influence the BBC’s commissioning decision. So, will Tracey Ullman’s Show be cancelled or renewed for season three? Stay tuned. *Status update below.

A British sketch comedy, Tracey Ullman’s Show features the actress, comedian, and singer starring as a variety of people, from the everyday, to the rich, famous, and even the infamous. While providing a peek at life on the other side of the pond, Ullman portrays real-life luminaries, including Dame Judi Dench, Dame Maggie Smith, Jerry Hall, and Adele, as well as political figures like German Chancellor Angela Merkel and Camilla, Duchess of Cornwall (i.e. Camilla Parker Bowles).

For comparisons: The first season of Tracey Ullman’s Show on HBO averaged a 0.10 rating in the 18-49 year old viewer demographic and 350,000 viewers.

What do you think? Do you like the Tracey Ullman’s Show TV series? Should this HBO TV show be cancelled or renewed for season three?

8/30/18 update: HBO has renewed this program for a third season. Details here.

I want to purchase dvds of all (3?, 4?) seasons of Tracy Ulman’s fabulous new comedy series. When will this be available? I just can’t wait! By now you’d think the first three seasons would be available on Amazon (as hard copy DVDs, not i cloud)