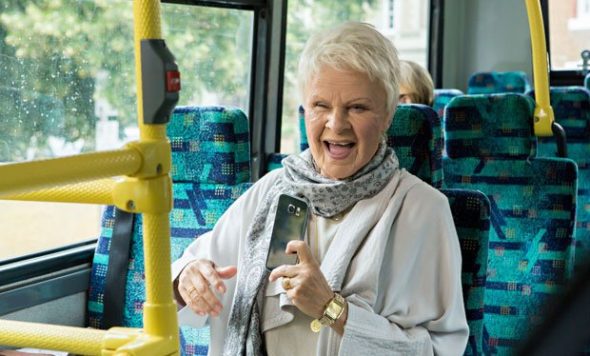 HBO can’t get enough of Tracey Ullman’s Show. Today, the network announced the TV show will return for a third season in September.

The sketch comedy series features the actress, comedian, and singer starring as a variety of people, from the everyday to the rich and famous and even the infamous. 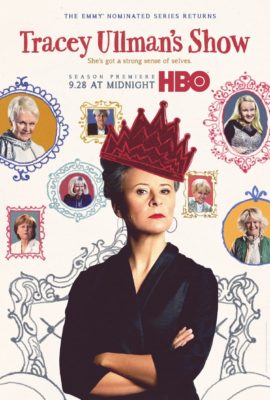 A longtime HBO favorite returns with six new episodes of her Emmy®-nominated series when TRACEY ULLMAN’S SHOW kicks off its third season FRIDAY, SEPT. 28 (midnight-12:30 a.m. ET/PT), exclusively on HBO. Emmy® winner Ullman stars as a wide array of famous faces and everyday people in the sketch comedy show, which looks at modern life and current social figures through a comedic lens.

Over the course of the new season, Ullman uses her signature brand of sharp satire to shape-shift into a range of public figures and offbeat original characters. She reprises her characterizations of Dame Judi Dench, German Chancellor Angela Merkel, Camilla, Duchess of Cornwall and Jerry Hall, and introduces her takes on British Prime Minister Theresa May, French First Lady Brigitte Macron and U.S. First Lady Melania Trump, among others.

More topical than ever before, TRACEY ULLMAN’S SHOW satirizes today’s culture, including television’s latest obsession with strong but messy female characters, the future possibilities for smart-home devices, life in a post-Brexit world and the absurdity of the 24-hour news cycle.

German Chancellor Angela Merkel works on her poker face; Jerry Hall-Murdoch looks to apply financial lessons from her previous marriage to her new one; British Prime Minister Theresa May struggles to have a stern conversation with President Trump via video chat; French First Lady Brigitte Macron recalls the good old days; Camilla Parker Bowles has unexpected adventures in babysitting; contestants from “The Great British Bake Off” get serious with cake creations based on their dreams; and the show looks at the latest, relatable virtual-assistant incarnations.

TRACEY ULLMAN’S SHOW was recently nominated for two Primetime Emmys®, including Outstanding Variety Sketch Series for the second year in a row.

Ullman burst on the U.S. TV scene in 1987 with the broadcast series “The Tracey Ullman Show,” which brought her two Emmys®, and also gave birth to “The Simpsons.” She also won Emmys® for guest appearances on “Ally McBeal” and “Love & War.” Her recent TV credits also include “Howards End” and HBO’s “Girls.”

What do you think? Are you a fan of Tracey Ullman? Will you watch the new season?

Haven’t we had enough of Ullman? I don’t dislike her but the show has become boring and rather repetitious in its humor. I’m bored. She was terrific but even humor has a style and, sad to say but hers has passed