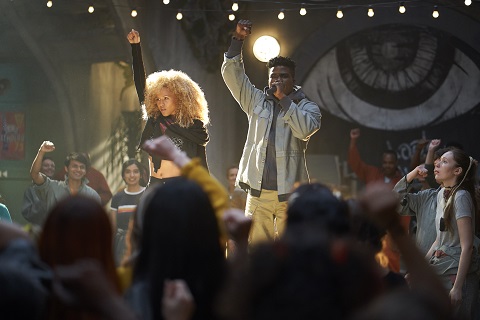 Get ready to look at a very different Earth. Utopia Falls is coming soon to Hulu, and the series will feature music from Alessia Cara, The Notorious B.I.G. and more. Viewers can binge all ten episodes of the series next month.

Hulu revealed more about the new series in a press release. Check that out below.

“Imagine a world with no past – only a future. Without a history, we are all equal… or are we? Hulu, in partnership with Sonar Entertainment, announced today the premiere of original teen sci-fi drama Utopia Falls. Infused with music and dance, all 10 one-hour episodes of the Hulu Original series hit the streaming service on February 14.

Set in the not-too-distant future, amidst the charred ruins of Earth, Utopia Falls follows a group of teens chosen to compete in the prestigious Exemplar performing arts competition in the seemingly idyllic colony of New Babyl. When they stumble upon a hidden archive of cultural relics, they are forced to question everything they have been taught, ultimately using the power of music to ignite change and expose the truth. Showcasing a variety of musical genres and dance styles (Hip Hop, Pop, Latin, House, Classical, Indigenous, among others), and featuring themes of afrofuturism, youth activism, and eco-awareness, Utopia Falls is the first ever performance based sci-fi series for culturally diverse and socially and politically minded young audiences.

Check out more photos from the series below.

What do you think? Will you sit down to binge Utopia Falls next month? 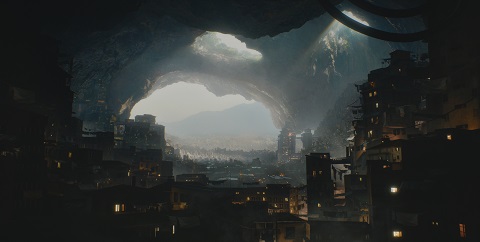 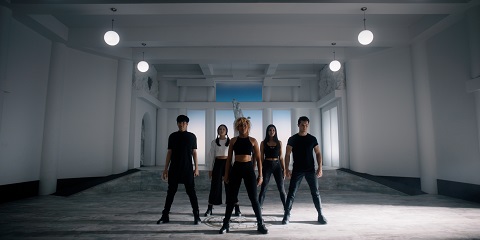 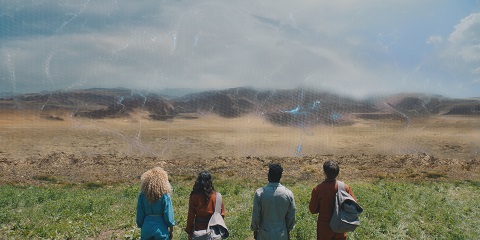