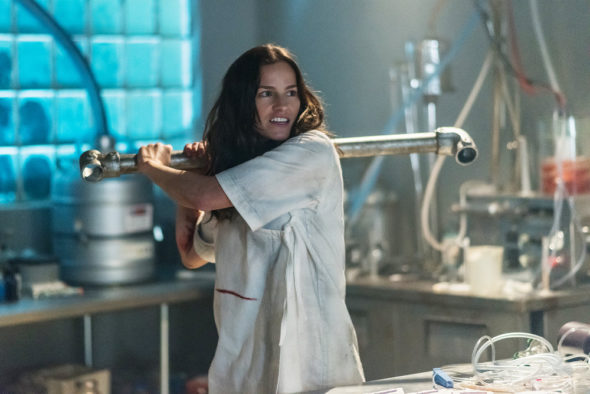 Season four of Van Helsing premieres on Syfy this fall.

VAN HELSING is a total re-imagination of a timeless brand, set in a world dominated and controlled by vampires.  Season four continues the story of Vanessa Van Helsing and her band of heroes as they fight to reclaim the world after vampires took over during ‘The Rising’. The series will delve deeper into the iconic lore of the vampires and their ultimate goals for this world. New villains will rise along with unexpected heroes joining the fight.

What do you think? Do you watch Van Helsing? Are you looking forward to season four?

Excellent rendition of the classic story. Been hooked since seeing her on the metal table.

I love this show. At first (season 1) I had no idea if it was going to progress into something other than being locked up in safe heavens. I love it and I heard it has really low budgeting, and they make this show pretty freaking good.