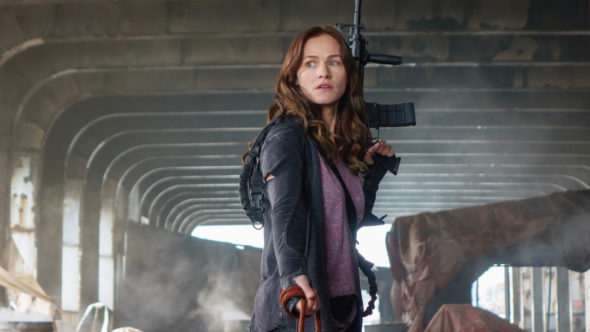 LOS ANGELES, CA – December 18, 2018 – Just ahead of its season finale, SYFY has renewed action-horror series Van Helsing for a fourth season. The hour-long drama wraps up its Season 3 run on Friday December 28 10/9c and will return in 2019 with 13 all new episodes. Production is expected to begin early next year.

“We consider ourselves very fortunate to be able to return for Season 4 of Van Helsing. Without our partners at SYFY, Netflix, SuperEcran and our loyal fans, this would not be possible,” said Chad Oakes, Executive Producer and Co-Chairman of Nomadic Pictures. “We welcome Jonathan Walker to the Showrunner chair to lead our incredible cast of characters along their journey against the world of vampires!”

“Having been in the writing room on Van Helsing since Season 1 I’m excited to take the reins as Showrunner from Neil LaBute. Season 4 will delve deeper into the iconic lore of the vampires and their ultimate goals for this world. New villains will rise along with unexpected heroes joining the fight. We have a fantastic build planned for this season and I’m thrilled to share it with our dedicated fans,” said Showrunner Jonathan Walker.

“We are thrilled to continue the Van Helsing legacy for our fans worldwide,” added Daniel March, Managing Partner, Dynamic Television. “Thank you to SYFY and our amazing cast and crew.”

Van Helsing is a total re-imagination of a timeless brand, set in a world dominated and controlled by vampires. Season three continues the story of Vanessa Van Helsing and her band of heroes as they fight to reclaim the world after vampires took over during ‘The Rising’.

What do you think? Do you watch Van Helsing? Are you glad it’s coming back?

I hope the show returns, at lease give us an ending to end with ….after watching 3 seasons ! I think its so unfair to us fans if you do not give us season 4.