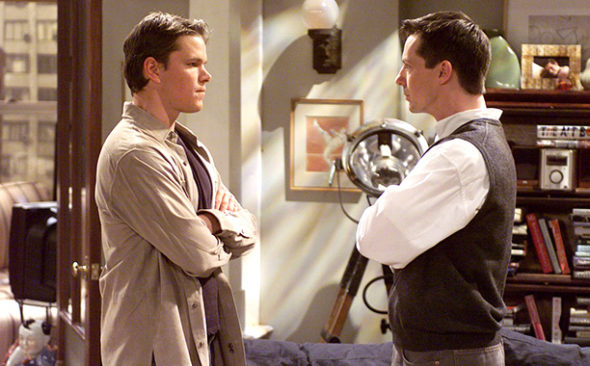 What do you like to watch on Thanksgiving? This week, COZI announced they will be airing a marathon of classic TV shows this Thanksgiving.

The four-day marathon will include episodes of Will & Grace, Murder She Wrote, Frasier, Miami Vice, and more.

NEW YORK, NY – (November 7, 2018) – COZI TV has put out extra place settings for severalUnexpected Guests joining viewers throughout Thanksgiving weekend. The national multicast network today announced a special four-day marathon featuring many of the most memorable episodes of Will & Grace, Murder, She Wrote, Frasier and more. This will kick off on Thursday, November 22 at 9 AM and conclude Sunday, November 25 at midnight (check local listings).

“The Thanksgiving holiday and weekend seemed like a great time to feature marathons with all our most surprising guest stars and early appearances – bringing unexpected guests to the table! It’s always fun to see actors before they were stars – like Helen Hunt in The Bionic Woman or Chris Rock on Miami Vice! Or big stars when they were big, like Matt Damon on Will & Grace or Elvis Costello on Frasier,” said Meredith McGinn, Senior Vice President, COZI TV and LX.TV Productions.

COZI TV’s Unexpected Guests marathons will include Little House on the Prairie all day Thanksgiving Day, with guest stars like Johnny Cash and Lou Gossett Jr. Then its Frasier all evening Thursday featuring Kristen Chenoweth, Ted Danson and more. Murder, She Wrote takes over all day Friday with Bryan Cranston, Courtney Cox and many others. Will & Graceshowcases Matt Damon, Michael Douglas, Elton John and more on Friday night. Plus the weekend line-up continues filled with a wide variety of stars and shows, from Boy George on The A-Team to Harrison Ford on The Virginian.

What do you think? Do you like to watch TV on Thanksgiving? What’s your favorite holiday episode?