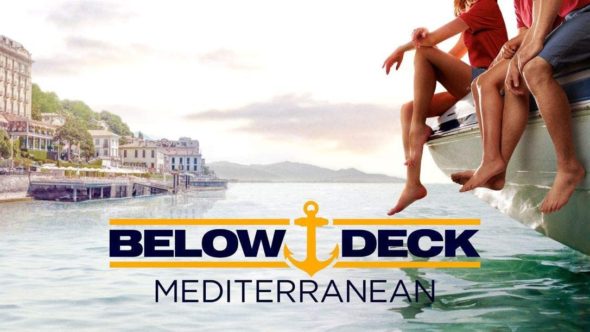 Get ready for a brand new season of Below Deck. Season five of the series, titled Below Deck Mediterranean, is coming to Bravo this summer, and viewers will see the crew travel around Mallorca, Spain. The network released videos giving viewers a taste of what they will see.

“Voyaging around the beautiful island of Mallorca, Spain, on the 184-foot mega yacht “The Wellington,” the largest in Below Deck history, the crew encounters choppy waters trying to navigate everything from heartbreaks and power struggles to challenges with maritime law. As these yachties work to conquer each charter, they struggle to set aside their differences, forcing Captain Sandy to make career-defining decisions that challenge the group in more ways than one.

A rarity in the yachting world, Captain Sandy’s crew is led by two female heads of department: Hannah leads the interior, while Malia oversees the exterior crew in the most dramatic season yet.

Chief Stew Hannah hopes for smooth sailing when it comes to her high standards with the crew and service, but her leadership is challenged like never before. Embattled by a defiant stew, tensions escalate when the team takes on uncompromising guests.

Malia returns in a new role as Bosun and works hard to gain respect from her fellow deckhands, who challenge her position and test her patience.

In the galley, Kiko takes pride in presenting dishes that are as flavorful as they are beautiful but finds himself in deep waters when charter guests present a set of unthinkable requests.

Hailing from a small village in Northeast Italy, Lara is an experienced stew. Always prepared to confront any issues head-on, she is not afraid to express her opinion, which does not sit well with everyone in the crew.

Previously working on three smaller yachts, third stew Jessica is ecstatic to join the team and experience working on a mega yacht. However, she lands in hot water when she mixes work and play.

As former captain on a smaller boat, Pete joins the crew as lead deckhand, and finds that reporting to his supervisors is more challenging than he anticipated.

Quickly falling in love with the yachting industry and its adventurous lifestyle, Alex is ready to tackle the charter and bring his “wicked smart Bostonian” sense of humor on deck.

After overcoming a difficult past, Robert is looking for a fresh start by joining the deck crew, until an unexpected romance takes him for a bumpy ride.”

Check out the trailer and behind the scenes look at the yacht below.

What do you think? Will you watch season five of Below Deck?

I watched it. Is my. Last one with Capt Sandy and malia. Malia cries and to Sandy if someone sneezes. Malia spent more time bad mouthing Hannah and running. To Sandy than working. Hannah is the show without her Sandy and malls are nothing. Will watch Capt Lee he knows how to do his job without picking favorites and saying things like that’s why I’m sittings in this chair….lol. Capt Lee is a leader with Grace. Sandy has none.will not watch anything with her or her favorite girl.