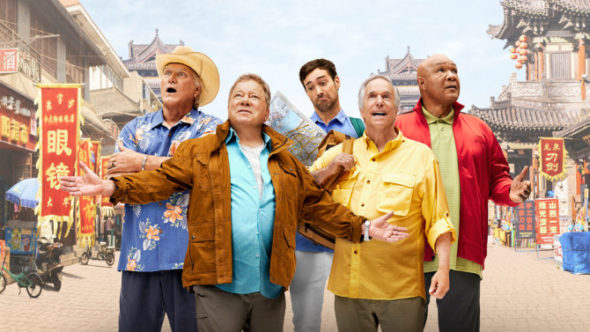 “The adventure begins.” NBC has released a new teaser for season two of Better Late Than Never.

NBC has not yet announced a premiere date for season two of Better Late Than Never. In the meantime, check out some deleted scenes from season one below:

What do you think? Have you seen Better Late Than Never? Will you watch season two?

Best show ever! So much fun!

Yes! So excited. Loved season one!

Absolutely loved it and have been waiting for second season. Like all these wonderful and hilarious men!

Yes, I definitely will!! It’s AWESOME!

Funny guys, funny show, I look forward to another season of hi-jinx from these guys on their new adventures.