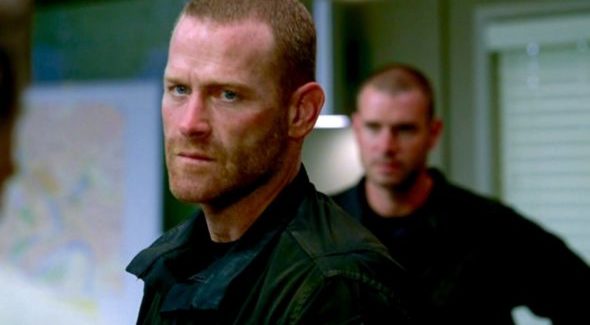 Bosch: Legacy is adding to its cast for season two. Max Martini (The Unit, The Purge) is set to have a “heavily recurring role” in the Amazon Freevee series. Titus Welliver, Mimi Rogers, Madison Lintz, Stephen A. Chang, and Denise G. Sanchez star in the sequel to Bosch,

Based on the novels of Michael Connelly, Bosch: Legacy follows former LAPD detective Harry Bosch (Welliver) as he begins a new chapter as a private investigator. He finds himself working with his one-time enemy and top-notch attorney, Honey “Money” Chandler (Rogers). Without the badge, Bosch finds an invaluable resource in tech-forward gadget whiz Maurice “Mo” Bassi (Chang). Meanwhile, Bosch’s daughter Maddie (Lintz) ventures into the world of the LAPD as a rookie patrol officer. She’s paired with Reina Vasquez (Sanchez), a no-nonsense, hard-charging training officer.

Deadline revealed more about the addition of Martini to the Freevee series:

Martini will play Detective Don Ellis, a hardened vice cop in the LAPD. He’s intelligent and fierce, and not above getting down and dirty with the criminals he polices to get the job done.

Bosch: Legacy was renewed for season two ahead of its launch in May. A premiere date and additional details about season two will be announced later.

What do you think? Are you excited about the addition of Martini to Bosch: Legacy? Have you enjoyed this sequel series?

Glad Bosch is coming back, Hope Manx and Crate and Barrel and J Edgar join him

Ran through Bosch Season 1 – 7 and then Legacy Season 1. Surprised myself that I could finish so many episodes at such a brisk pace! Talk about bingeing! Bosch grows on you… I like the mix of drama, emotion, investigation, action, ethical dilemmas, jazz music etc. Can’t wait for Season 2 of Legacy!

The Bosch Series got me through the first part of the pandemic when everything was closed. I couldn’t wait for Bosch Legacy. It did not disappoint. I hope this series continues. I love it!

Both Bosch series where some of the most intelligent programing in decades. No one else could have been Harry Bosch than Titus Welliver. Can’t wait for Legacy season 2!

Love the books, love the programmes, cannot wait for Season 2

Looking forward to season 2. Doesn’t Bosch walk on water? Asking for a friend.

It’s my absolute favourite, through Bosch season 1-7 & now Legacy!! Such great writing, for every character, to suit the actor who plays them. Fingers crossed for more to come.

Can hardly wait for Bosch to start again, loved the Legacy as much as I enjoyed the original!