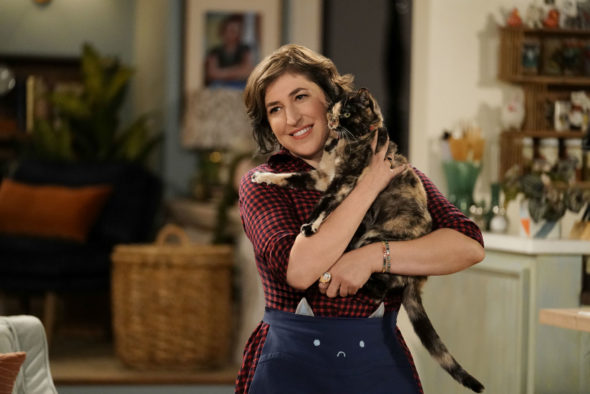 Call Me Kat is coming to FOX next month, and a trailer has now been released for the new sitcom, which stars Mayim Bialik from The Big Bang Theory. Based on the UK’s Miranda comedy, the series follows the life of a woman who chooses to open a restaurant instead of getting married.

FOX revealed more about Call Me Kat in a press release.

“Based on the BBC UK original series Miranda, created by Miranda Hart, CALL ME KAT stars Emmy Award nominee Mayim Bialik as a woman who struggles every day against society and her mother to prove that she can still live a happy and fulfilling life despite still being single at 39. Which is why she recently spent her entire savings to open a cat café in Louisville, Kentucky.

It was expected of KAT (Bialik) to be married with kids by now, but for many reasons, she’s still single – and totally fine with it. Of course, Kat’s mother, SHEILA (Emmy Award winner and Golden Globe nominee Swoosie Kurtz), views her daughter’s single-hood as her own personal failure, but Kat remains determined to live a fulfilling life, and charts her own course to happiness.

Working alongside Kat at the café are RANDI (Kyla Pratt) a confident millennial and self-proclaimed “non” cat person, and PHIL (Emmy Award winner Leslie Jordan), who recently broke up with his longtime partner.

Although Kat celebrates her independence, her single-forever plans may begin to veer off-course, when her former crush and good friend, MAX (Cheyenne Jackson) returns to town and takes a job as a bartender at the piano bar across the street working with his friend CARTER (Julian Gant).”

Call Me Kat premieres on January 3rd on FOX. Check out the trailer for the new series below.

What do you think? Do you plan to check out Call Me Kat on FOX? Did you watch Miranda on BBC?

Too funny love this show need to continue more episodes this season few of them. Love her as Sheldon nerdy girlfriend awesome good actress too.

Look forward good show such a great actress so funny and need a laugh.

The fact that she looks at the camera so much, is not a good sign that the show is gonna be good.

More of this spinoffs of The Big Bang Theory. thinking these actors and actresses are going to make it other shows look great. I’m pretty fed up with this garbage .please stop putting actors that were on the show another one is expected to be just the same. We’re not that stupid