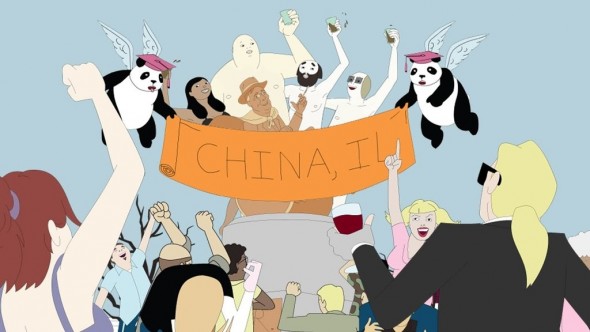 This show got me through stuff, so I want for it to get through this bs

Yes, this show got me through stuff, so I will help it get through this be. I want more classic player Steve, that lovable Babycakes, that sassy pony and weird, shy Frank

I loved this show. I think the more seasons it would of had the better it would have got. They really should reconsider bringing it back!

Chinatown Illinois was the best season 4 would be great! Need more babycake raps and finally tie all the loose ends between Steve and pony! Because the show that replaced it Nallin’ Sclopio Peepio is honestly trash compared to Chinatown

this show was awesome!! bring it back

Hell ya I would’ve watched a third season I loved this show.

I miss China,IL.Please show all three seasons. What a shame

They cancelled this and replaced it with Harg Nallin’ Slopio Peepio…. Adult Swim, get it together!