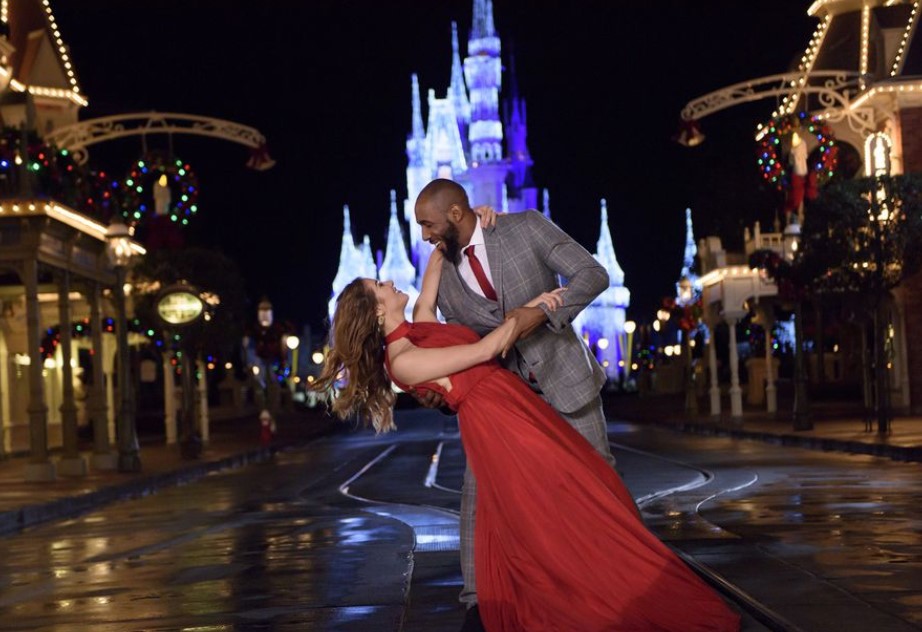 Disney’s Fairy Tale Weddings is coming back for the holidays, and the hosts have now been announced for the series. Fans of So You Think You Can Dance will recognize them too! tWitch and Allison Holker will host the festivities.

Freeform revealed more about the series in a press release. Check that out below.

In the festive special edition hosted by So You Think You Can Dance all-star couple tWitch and Allison, the audience will go behind the scenes of some of the most spectacular weddings and engagements at Disney destinations around the globe during the holiday season. From a “Frozen”-inspired winter wonderland wedding fit for royalty at Walt Disney World Resort in Florida celebrating Dominique and Joseph, to an intimate exchange of vows between Greg and Melanie at Disneyland Resort in California, viewers will be guests to the most talked about nuptials of the year!

Disney’s Fairy Tale Weddings: Holiday Magic will premiere during Freeform’s annual “25 Days of Christmas” event. The holiday programming extravaganza will be the home of all your favorite Christmas films with a robust library of holiday favorites including “Elf,” “National Lampoon’s Christmas Vacation,” “The Santa Clause,” “The Polar Express” and many more.

We first met Greg and Melanie in May of this year after the couple got engaged at Disney’s Animal Kingdom on the Freeform special “Disney’s Fairy Tale Weddings.” They have been together for four years and, although it wasn’t exactly love at first sight, Greg and Melanie ended up falling head over heels for each other. The single dad of a 10-year-old daughter finally popped the question and the couple will be married at Disneyland Park in Anaheim.

Joe and Dominique are the quintessential New York couple. He’s an officer with the NYPD, she’s a part-time substitute school teacher and also helps her dad out in the family restaurant. After dating for five years, the couple is ready to tie the knot in the same location of their first official vacation as a couple, Walt Disney World Resort. Nuptials fit for a king and queen, Joe and Dominique’s large Italian family will also be treated to a surprise musical performance. It has been Dominique’s dream since she was a little girl to get married at Disney’s Wedding Pavilion adjacent to Disney’s Grand Floridian Resort & Spa, and her dreams are about to come true.”

Check out a preview for the holiday special below. Tell us what you think.