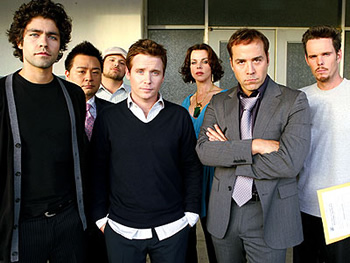 Such a pity they had to end this series, it was a great series to watch.

Why ?Why stop this series ?This series is realy close to my heart.Made for all the characters are fantastic !

This is bulls$&T this was the only shown that I made my schedule around. Wtf is hbo doing. If there is no Entourage then there is no HBO for me. HBO is DEAD to me!!!!!!!!

sorry to see the showing ending. look forward to it every sunday night.
if has to end I will be looking forward to the movie

The only show Ive been addicted to in a long time. I can see how there isnt to many more places for it to go. Then again, the story line has been amazing and full of surprises, i feel like writers could make it work. Take someone else as a lead from the group instead of Vince. This is crappy news 🙁