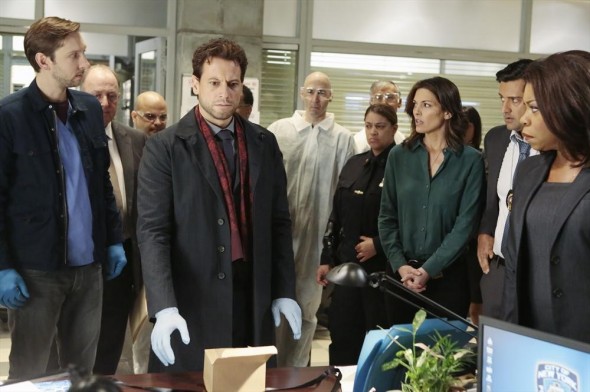 the best TV series ever. Bring back season 2

They should bring it back since they are doing a similar show called second chance. Some people worked when it was on and recorded it. They should think of that before they saying ratings suck. It doesn’t mean we were not watching it.

Bring it back. Its the best so exciting and new. Love how different it is from all the other shows out there

I love this show. I dont watch alot of tv but this show was one of the few that i will watch. Please bring it back.

ABC truly screwed the pooch when the cancelled Forever. I understand why they are doing so poorly with decisions like this.

I just watched series one of Forever. I loved it. It had an old fashioned quality to it and so full of charm. Ioan Gruffudd portrayed Henry Morgan immaculately. Very sad to hear that it has been cancelled.

I just found out today, I am behind the times I know, but I could not believe that this show was cancelled !!
Instead of cancelling some of those ridiculous reality show, excellent shows that have story lines and credible actors and actress, get cut. It does not make sense to me.

Please keep the show Forever going; it’s really is a wonderful program. Ioan Gruffurd is reminiscent of Basil Rathbones’ portrayal of Sherlock Holmes, with one exception, Ioan is so much better. Forever is definitely a show for the intelligent viewer. Please don’t leave us out.

Stated Simply– I want Forever to be brought back period am really getting disgusted with the way the networks just yank off shows, even wmeh they have a large audience. I have already started on Plan B if forever is not brought back to not watch any other TV programs during their tmeslot ad more people should do the same

This is one of the best shows released last season. Please renew for a 2nd season!

Forever is a good show. The cast is great and I would like to see where the story line will go. Please renew it. Maybe it is in the wrong time slot and should be on earlier. Most ratings are BS and don’t reflect everyone’s opinion. You have cancelled good shows. Body of Proof was good too.

I would like Forever to be renewed, it’s a great show, funnier than a lot of similar shows.