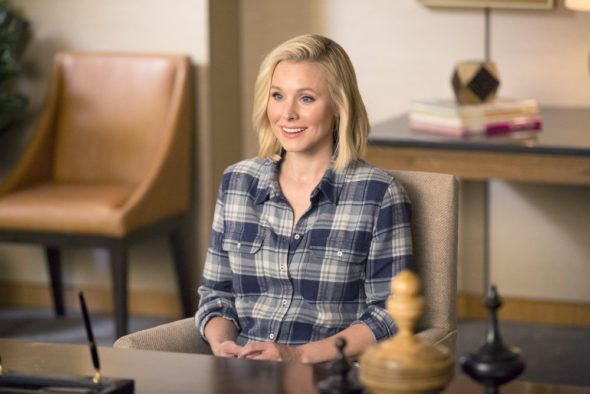 The Good Place just debuted its second season last night, but what about the future of the series? Recently, star Kristen Bell told The Wrap she knows how the NBC TV show will end.

In the interview, Bell revealed that creator Mike Schur has the end of The Good Place all figured out:

When you’re making a comment like this, when you’re talking about something that’s actually sort of important — like life and death, why we have to be nice to each other, ethical dilemmas — he’s put a lot of thought into why this show means something.”

And what is that ending? Bell says you’ll have to watch and wait.

What do you think? Do you watch The Good Place? Did you enjoy the season two premiere?

Am about to watch episode one of season two right now. Enjoyed season one and have scheduled TIVO to record season two. Enjoyable show. Love the cast.