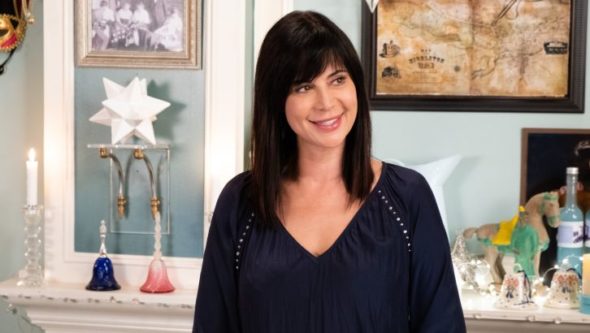 Will married life be smooth sailing for Sam and Cassie on the sixth season of the Good Witch TV show on Hallmark Channel? As we all know, the Nielsen ratings typically play a big role in determining whether a TV show like Good Witch is cancelled or renewed for season seven. Unfortunately, most of us do not live in Nielsen households. Because many viewers feel frustration when their viewing habits and opinions aren’t considered, we invite you to rate all of the sixth season episodes of Good Witch here.  *Status Update Below.

What do you think? Which season six episodes of the Good Witch TV series do you rate as wonderful, terrible, or somewhere between? Do you think that Good Witch on Hallmark Channel should be cancelled or renewed for a seventh season? Don’t forget to vote, and share your thoughts, below.

Absolutely Love This program! It is truly my go to show for real stress relief. OH MY GOODNESS! This program is a keeper!!!!

Love this show. A refreshing change from all of the sitcoms & police/medical shows on now. I tape it is I hav ed to work, then watch it when I get home. Been watching from the beginning.

Good Witch has become better and better for every season. I love this series so much and I really hope you will continue to make even more seasons. Due to illness, Good Witch is the only series that is still possible for me to watch. So, I have been watching the series in loop for 1,5 years now, and I still love it so much 😀 Thank you so much!

When can we see Good Witch series 6. In the UK?