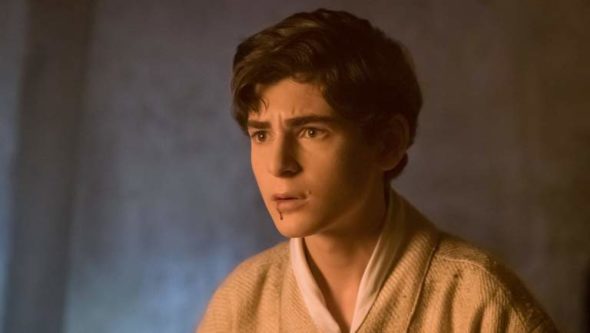 Such a fun show. Robin Lord Taylor is the best. definitely looking forward to next season.

I have been a BATMAN fan since the late 50’s . I actually hated the Batman TV show of the 60’s ( But loved julie Newmar) but getting to the point, the villains in GOTHAM are all done nicely by the actors that play Penguin and Riddler and the others . Writing is pretty good and the writers respect the comic book .
Production is well conceived .

Show really started to soar after they got rid of Fish Mooney. Will continue to watch as long as they continue to film.

LOVE THE SHOW.. THE CAST IS GREAT AND MAKE EACH WEEK
WORTH WATCHING. LOVE PENGUIN, MR. NYGMA, EVERY CHARACTER
PLAYS HIS OR HER PART GREAT.

really love the show but it is a weird sell – the camp of the 60s batman but with graphic violence so you can’t market it to the kids. but hey, it works just fine for me as a childish adult.

I wouldn’t say 60’s camp, I would say Burton camp, the reason I like this series so much is because of how similar it is to the Burton movies.

Need to see more of Jerome one of my favorite characters!!! Stoked to see if Harley makes a appearance

Just been renewed. Brilliant. Now I just wait for AOS to be renewed.

Best cast show on TV. Everyone is wonderful. Nothing like it.
Love it! Keep making more please.

This is a wonderful show. Love it! Everyone is perfectly cast.
Such an original show in a crapper of copycats. Please keep making more!

Absolutely love this show! They would be mad to cancel it, #RenewGotham

Next to The Walking Dead, I LIVE to watch Gotham on Monday nights!! It’s dark, gritty, and off beat with the “bad” guys that Batman will fight just coming into their own. Only a bunch of idiots would cancel it!

Finally, finally the show characters are starting to evolve!!! So in FOX land that means they will cancel it!??? Great gritty production…never miss it.