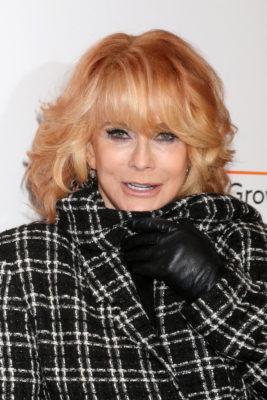 Based on the graphic novel by Grant Morrison and Darick Robertson, the dark comedy stars Christopher Meloni as Nick Sax, a former cop who now moonlights as a hitman and is joined by an imaginary unicorn (voiced by Patton Oswalt).

On Happy!, Ann-Margret will be playing “Bebe Debarge, a former siren of stage and screen.” Syfy has not yet announced a premiere date for season two.

What do you think? Have you seen Happy!? Will you watch season two?

LOVE,LOVE,LOVE HAPPY, will love even more with AnnMargaret…………

Happy was awesome..so glad it’s coming back for season 2.. Can’t wait.. Thank you for not cancelling it!#

We’ll be looking forward with pleasure to watch this crazy good show again, and Ann-Margret is a bonus.