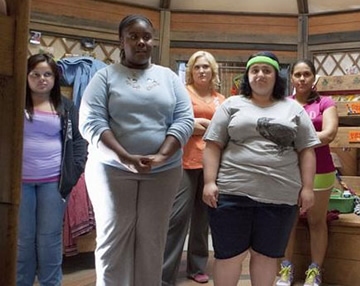 I dislike ABC faimly just for this reason and will NEVER watch another show this network produces. After Kyle XY failed at a decent series finale I have no hope in this network. Why start someone on a show with emotions and get people to like characters if you are going to discontinue a show based on ratings. Do it for the art, I wont let you waste my time again. AMC ALL DAY

Who watches pretty little liars or melissa and joey?

Both my husband and I discovered it on demand. We enjoyed the ever changing interpersonal relationships . It was insightful to hear the reasoning (and unreasoning) of youth as they deal with the pains of real life challenge. I would have liked the drama limited to mainly 1 or 2 individuals per episode and take more time to develop it deeper rather than sprinkling everyone in every episode. Disappointed no ending finale, left kids we were rooting for in limbo.

my tara how old I am 29 years old nowam adult now my faverit t.v. is all was huge I love this show a lot and I could wach this cuple times and I will tell you why I love this show this person name will did you know she is my sister she is my big sister on this show you to tell her she has a little sister is me I am to her I am her little Babby sister is me tara we are issackley a like we do we are same person we wailk like we… Read more »

I’m a 53 year old on Night Shift at work and this programme has been aired during the week of my shift. My wife & I are not slim. I too, think it deserves a second chance. Far too often is the Hollywood image of being near aneorexic has been the accepted form. (Devious Maides for example – as if house maides are some mega hottie – yeah right!) This show shows that overweight is ok and that there are some talent actors/actresses who don’t perceive the Hollywood stereotypes. It’s made a nice change to see real people in real… Read more »

PS: They canned Star Trek after 3 seasons and look what it has turned into. I don’t expect this show to reach those heights but it certainly is a lot better than the reality shows, talent shows and other popcorn garbage that seems to be the normal standard these days.

For those who are interested in knowing more of the story, the show was based off of a book by Sasha Paley by the same title 🙂

Omg but I love that show plus I still want to know more about George and Amber!!!!

I think, this show deserve a second chance and return, because i really enjoy it 😀

I think it’s stupid they didn’t alteast give a proper ending for the people that actually liked the show… It’s frustrating because I don’t even know how it finishes… it just stopped.

I loved that show and I think they sould bring it back!

I love Huge, to! I am very surprised that thei close this production. I am from Romania and here the movie is really popular. 🙁 I hope the producers will change their mind in future!

i really dont think its fair to not give the fans that did watch “a season 2” even if its a couple episodes just to end the show. i really loved watching huge an im very disappointed in ABC family for not making a couple more episodes to finish off the show.

I thought Huge was a fantastic show (and I’m 26!) I have a two yr old, and I also liked their approach to individuality and also the pressures of sex, etc. My interests have changed greatly since having a baby… so Pretty Little Liars is NOT something I’d want my daughter to see in the future… really? You cancel a wholesome show and leave a show full of ****** teens to flare up and further popularize teens to be seductive liars? Great job…. I’m sure you are really thinking this one through.

i completely agree!!! I really like the show HUGE! I felt it put the spot light on the big fabulous people in the world!!!

I really enjoyed watching Huge. I have watched the series twice and I still want more. As a minority in the U.S. it is hard to find a show that is representative of your ethnicity. I love the fact that the show was diverse in terms of age, race, gender, religion, etc. Living in a society where pregnant teens are glorified is tough. There is a lot of pressure for girls to have sex. So please, to whom it may concern, read these comments and see that a show like Huge can change the social hierarchy in American society by… Read more »