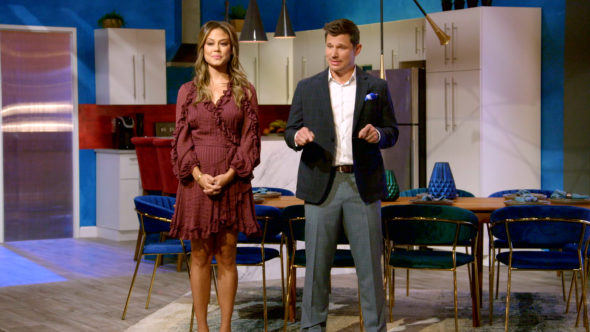 Netflix is looking to continue three of its current shows for new season. The streaming service has renewed Love is Blind, The Circle and Rhythm + Flow. All three series will have second seasons, but Love is Blind and The Circle have also been renewed for a season beyond that.

Netflix revealed more about the renewals in a press release. Check that out below.

“Whether you like long talks in the pods, verbal emoji texts, or high-stakes rap battles, Netflix is ready to spark more joy with the unscripted shows that have fans everywhere buzzing, laughing, crying, and tidying up. Popular fan favorites Rhythm + Flow, The Circle, and Love is Blind will all return with second seasons premiering in 2021.

“It’s been incredible to see Netflix members everywhere respond to the raw, authentic stories of real people and real stakes,” said Brandon Riegg, Netflix Vice President of Nonfiction Series and Comedy Specials. “We pride ourselves on creating a favorite show for any taste, and we’re thrilled fans embraced all of these series with such enthusiasm and shared passion. We look forward to sparking more joy for our members.”

Let the games begin! Judges Cardi B, Chance the Rapper, and Tip “T.I.” Harris return, looking for the next hip-hop sensation in season two of the music competition series Rhythm + Flow. The judges will join other industry legends in a multi-city search to find raw, undiscovered artists looking for their come up. Auditions are now open at RhythmAndFlow.com.

Season one challenged contestants to win over their fellow players without seeing each other in this modern social experiment competition. Host Michelle Buteau returns as all new contestants and catfish enter The Circle vying for a $100K prize — but new strategies, challenges, and twists are in store for the next two U.S. seasons. In a game where anyone can be anyone, who will be the next winner? Casting is open at TheCircleCasting.com.

Is Love Blind? Season one’s emotional roller coaster proved it can be for some, but hosts Vanessa Lachey and her husband Nick Lachey (obviously) will ask the question again as new singles prepare to enter the pods for the dating experiment. Season two is currently casting in Chicago with season three to follow.

What do you think? Are you a fan of these three Netflix shows? Will you watch their returns next year?