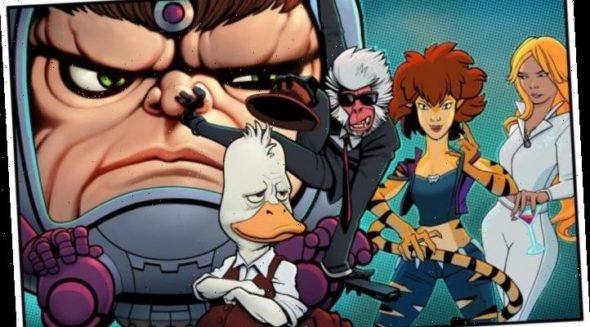 Marvel fans may have to wait a bit longer for Tigra & Dazzler. The animated series, set for Hulu, has been put on hold. The series currently needs a new showrunner and writers after the streaming service had creative differences with Erica Rivinoja.

The series will still move forward on Hulu though, per Deadline. The animated series follows “best friends Tigra and Dazzler fight for recognition among powered people who make up the 8 million stories in Los Angeles.”

Both characters come from the world of Marvel comics, but fans will see a more comedic side to the pair in the series.

There is no word on when the series would arrive.

What do you think? Did you plan to watch Marvel’s Tigra & Dazzler? Are you sad the series has been put on hold?

They should have created Tigra and Spider-Man mini series whereby Tigra is part of the NYPD CSI unit. This would put Greer’s backgound in Microbiology to good use. What would tie Peter and Greer together is Dr. Conners and Dr. Joanne Tumulo…

ok i love dazzler shes one of my favorite characters but cmon this is the perfect example of marvel throwing crap at the wall and seeing what sticks and a comedy marvel stop ruining all my favorite characters .and if the pic is any indication the art sucks tigra looks more like she belongs in thundercats.marvel if your gonna be a sell out do a better job at it.