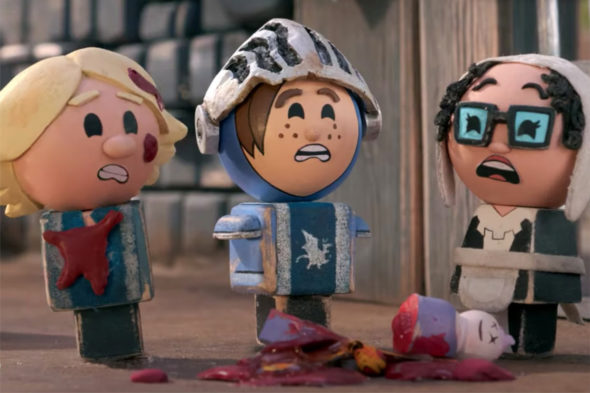 The streaming service also renewed fellow animated series Solar Opposites for a third season today (it had already been greenlighted for a second season).

Here’s the Crossing Swords renewal announcement, as well as a video:

As the home to the largest streaming TV library of Adult Animation, Hulu continues to infuse fresh new content into the genre. By renewing Crossing Swords and Solar Opposites, Hulu is expanding its curated collection of adult animated series, including award-winning hits like Family Guy, Bob’s Burgers, Rick and Morty, Futurama and King of the Hill. The category is a high-driver of engagement on Hulu and currently holds the highest average re-watch rate on the service – further fueling Adult Animation fandom.

What do you think? Have you watched the first season of Crossing Swords on Hulu? Will you tune in for season two?