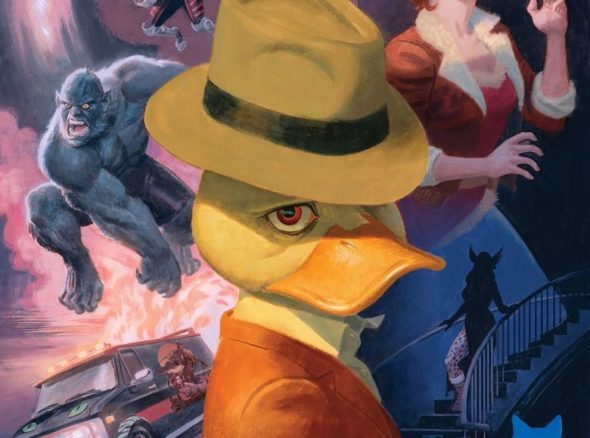 Plans for two Marvel animated series set for Hulu have been canceled. Marvel’s Howard the Duck and Tigra & Dazzler will not be seen on the streaming service, per a Deadline report.

In recent weeks, Tigra & Dazzler had its issues. The series lost both its showrunner and writing staff. A search was in progress to find a new showrunner at the time of that report. As for Marvel’s Howard the Duck, no issues were reported. That series was set to follow “cigar chomping character first introduced in the comics in 1973.”

The two series were set to join Hit Monkey and M.O.D.O.K. on the streaming service. Hulu also planned a crossover type series, The Offenders, featuring all four series. That is likely not moving forward at this time.

What do you think? Are you sad that Marvel is not moving forward with these Hulu animated series? Did you plan to watch Marvel’s Howard the Duck and Tigra & Dazzler?

I would’ve been onboard for a Howard the Duck cartoon, but even more onboard for this alleged Offenders series, especially on Hulu rather than D+.

I didn’t even know about Howard The Duck animated series. I would of watched it if I’d of known about it because I loved the movie!

sad that Howard The Duck wont be seen…i loved the movie, and comics, was hoping to see more of him, interest was sparked thanks to GOTG …hopefully it will be resurrected later

Pity about Howard because I would have watched that even though I am over the whole Marvel thing.

It’s what Marvel does: Take a good thing. Oversaturate the market to kill any enthusiasm anyone might have. Rinse. Repeat.