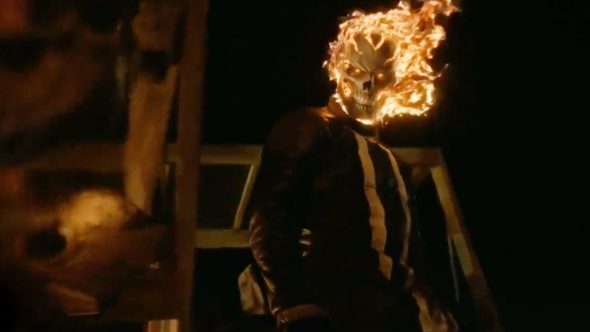 Ghost Rider fans have some bad news. The potential Marvel spin-off series planned for Hulu is not moving forward. The streaming platform canceled its plans for the series this week. Marvel’s Ghost Rider was in the works after the character joined Marvel’s Agents of SHIELD in 2016.

Why did Hulu cancel its plans for the Marvel’s Ghost Rider spin-off? Deadline reported that the teams at the streaming platform and behind the series reached a “creative impasse” that forced Hulu to scrap its plans. The series would have joined a busy Marvel line-up on the streamer. Marvel fans can see Marvel’s Runaways, and Marvel’s Helstrom is still in the works.

Stephen Lightfoot, Paul Zbyszewski and Jeph Loeb are behind Marvel’s Ghost Rider. There is still hope for the series. Another outlet might pick it up, but no one has expressed interest at this time.

Fans will next see Gabriel Luna on the big screen in Terminator: Dark Fate. He was excited for the return of Ghost Rider though. He shared a sketch of Ghost Rider on his Instagram just last week.

This is one of @felipesmithart’s early sketches of Robbie Reyes Ghost Rider. Just looking at this drawing gets me PUMPED. Pure energy. @marvel @hulu #GhostRider 🔥💀🔥

What do you think? Were you planning to watch Marvel’s Ghost Rider on Hulu? Do you want it to land on another network?

I WISH THEY PUT ON LOCAL STATIONS LIKE ABC, CBS, NBC BUT THEY ONLY LIKE JUNK. FOX WOULD BE A GOOD CHOICE AND IF NOT NETFLIX OR AMAZON WOULD BE NICE.

Sorry so long just upset that it’s not happening. I waited years for Johnny Blaze then loved Robbie in agents of sheild. I hope someone decides to do it if not my son will be so upset.

Man that’s just awesome. Ppl getting ppls hopes up just to say it’s not happening . I’m a huge Marvel fan so are my six kids we all have our favorites. Ghost Rider is one of them. And if ppl have read the comics y’all would know that he fights with thanos as well as deadpool and other anti-hero’s. But back to the subject my son was so looking forward to a ghost rider series. Even started looking him up everyday and was so excited when seeing he was finally getting his own show. Then I read it’s cancelled wow… Read more »

Probably a good idea as a good marvel tv show should have multiple characters and Ghost Rider never really had enough friends and foes to make it a long run thing.

Add the character to other marvel shows as was done with Agents of Shield.

Nice to see there are more ghost rider fans