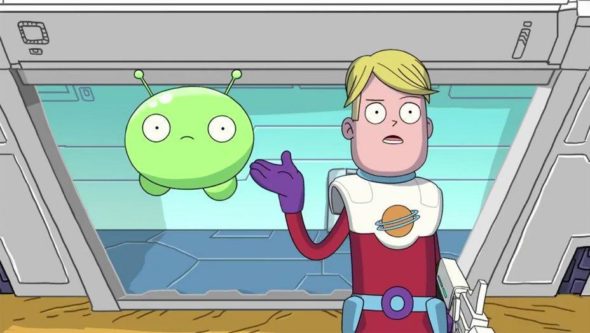 Rogers could not contain his excitement about the return of the series on social media. He also revealed that work had begun on episodes for the new season. Check out his posts from Twitter below.

As for what is coming in the third season, Rogers dropped some major teases in a Reddit post. He said the following:

“We started writing Chapter 24. It’s really thrilling. This next season will feel much more serialized. We are going to address a lot of things left unanswered in S1 & S2. Over the course of next season. It’s going to be much more space driven and less planet driven. The quiet moments that I love will be back and you going to learn something new about all these characters. I so excited about this story it’s going to keep you on the edge of your seats in a way you won’t expect.

If S1 was about closing the breach.

What do you think? Are you a fan of Final Space? Will you watch the third season?

dan great show . something different and keeps you interested .looking forward to season 3.

Can’t wait for the new series to premier! Hope that it’s not going to be to far off in the distant future? Great work on the first two series. Keep it up!

Yes there going to be a season 3

I thought S2 was ok… We did get to know a little more about Gary’s mom. Will we see her in S3? Overall I really enjoyed both Seasons and waiting patiently for S3. I really like Gary’s personalities.

felt like s1 got so much praise they really slacked off in s2, forced characters together, more toilet humor, virtually no wit at all, hue saved s2 pretty much, I really hope s3 gets some time and love poured into it. S2 felt like a generic kids show. S1 flowed beautifully.

And change Kevin’s voice back!

To me S2 felt like it was written with the knowledge that they were setting up S3, the middle child of a trilogy. Whereas with S1 it felt like whilst they were writing it they didn’t know if that was the only season that would ever be made – so they wrapped it all up within the single season.

I’m sure that when S3 comes along to wrap everything up S2 will feel less unsatisfactory.

Kieran
Reply to  make it better

Couldn’t agree more, felt like s1 got so much praise they really slacked off in s2, forced characters together, more toilet humor, virtually no wit at all, hue saved s2 pretty much, I really hope s3 gets some time and love poured into it. S2 felt like a generic kids show.

Now this is what I hav been waiting for. This is the first crtoon thats actully funny and exciting at the same time. Each episode had me hooked and wanting just a little extra. Just a hint of if Kevin has been assualted or how anoying he is… please continue making more episodes! We love them

I cant wait for season 3 to Come Out we are so exited Here in Denmark! Just love it!