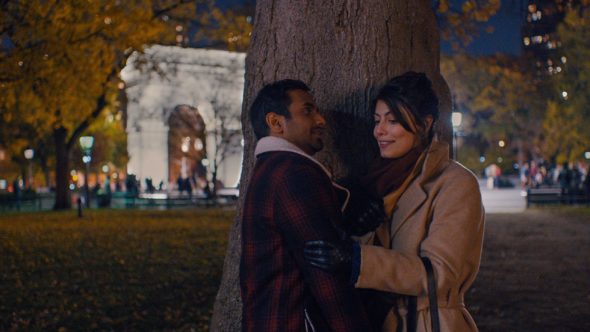 There’s some good news for fans of Master of None. It looks like the Netflix series is set to return to production on a third season, four years after the second season was released. Chortle reports that Aziz Ansari and Lena Waithe are set to return for the third season, which will film in London. The first two seasons were filmed in New York and Italy.

The Netflix series follows Dev Shah (Ansari) as he deals with the problems in his professional and personal life. Naomi Ackie is set to join the series, possibly as a new love interest for his character.

Ansari, who directs on and co-created the show with Alan Yang, reportedly started work on season three last year, but it was delayed due to the pandemic.

A start date for production or premiere date for season three of Master of None was not revealed. Netflix has yet to announce a renewal.

What do you think? Do you remember Master of None? Would you watch season three of the show on Netflix?