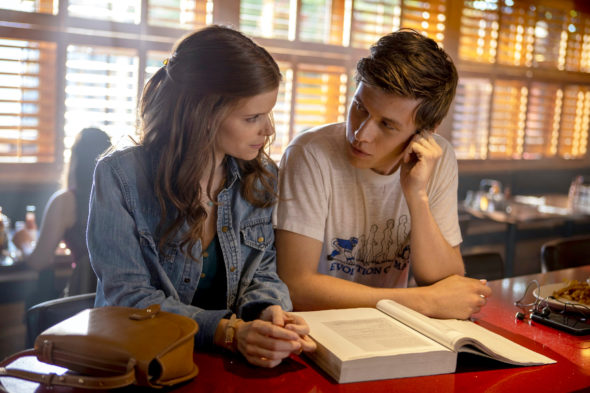 A Teacher wrapped its season on Hulu last month, and the end of the series had fans wondering if they could see a second season of the series. That will not happen, according to actress Kate Mara, who starred in the series alongside Nick Robinson.

The series tells the story of the destructive relationship between a teacher and a high school student, and it ends with a confrontation years after the relationship’s end.

Mara said the following about the future of A Teacher on Hulu, per The Wrap:

“I have heard a lot of people who love the show ask that question, ‘When is Season 2?’ It makes me laugh just because, no, to be honest, there hasn’t been and there was never really any discussion about more seasons. I am fascinated by this type of story and, obviously, there have been real-life stories that do go on and on and on. You know, the Mary Kay Letourneau story, of course, is just one example of it. But listen, that’s such a flattering question that someone would ask to even think could there be more is such a huge compliment to us.”

However, Mara would like to see more of the series. She said the following:

“I wish we were doing three more seasons of it, but I don’t know how we would continue unless there was no time passing at all, because we’re both playing sort of older than we are [at the end].”

As for the ending, series creator Hannah Fidell (who also wrote and directed the movie said the following, per The Wrap:

“I think we made a very deliberate choice to end the show on a shot of Eric walking away because he has finally been able to regain his voice and his own sense of who he is, having spoken up and having said what he needed to say, So the story now becomes his by just visually the way we created that final moment. And it will always be with him, but it won’t necessarily define him, which is an ongoing goal in the aftermath.”

What do you think? Did you watch A Teacher on Hulu? Were you hoping to see the story continue somehow? Would you be interested in a second season that followed different characters?

Well, at the end of the show , we get the impression that both will be affected all of their life, the effect will never go away even until they get older, unless there is a turning point that makes all the impact or the effect become lessen or even disappear. I,myself,if I were the scriptwriter, I would make the season 2 in which the turning point can happen,like another tragedy happens to Claire’s Wilson,like she lost her husband,maybe,in an accident. Then, there is a time when Eric came into her life again,despite all odds,because he can never be able… Read more »

Loved the series brilliant acting,Kate Mara was amazing there could be a second series were they both finally get together for good.

The ending was just too abrupt and unexpected! I would have loved a season 2. I know that the book didn’t cover too much after, but it would be so cool to see Eric come back and wreck her whole life. He lost everything and she has a new husband and kids. There could be so much added to this story. The episodes were so short and the show ended at a point that felt more like a mid-season finale rather than a series ending

It was an extremely abrupt ending and not the one I had hoped for. This could very easily be developed into a season 2, but I would suppose we are all hoping that they get together and that “love conquers all”, for although she was his teacher it seemed apparent that they both loved each other. Extremely well cast! Was very disappointed by the ending.

Love Nick Robinson so good actor on Melissa and Joey funny use to be abc family bummed out ended that show. Hopefully this show last on Hulu and the hardy boys too need to be renewed another season.