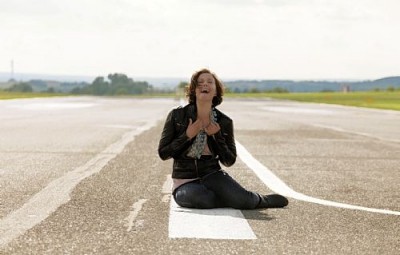 Earlier this year, ABC introduced a thriller series called The River. It wasn’t a ratings success and will surely be cancelled later this month. Now, the network is trying an action show called Missing. Will this one fare any differently?

Missing follows Becca Winstone (Ashley Judd), a former CIA operative who’s made a new life for her herself as a single mother and a florist. She agrees to let her son Michael (Nick Eversman) study abroad but, a few weeks into his trip, he disappears and she suspects foul play. Becca arrives in Rome and begins piecing together the clues and it isn’t long before the kidnappers realize they’ve picked a fight with the wrong woman. The cast also includes Cliff Curtis, Tereza Voriskova, Adriano Giannini, and Sean Bean.

The series debuted on March 15th and attracted a 2.1 rating in the 18-49 demographic with 10.6 million total viewers. That wasn’t a bad performance considering that Missing was airing opposite American Idol and the hyped return on NBC’s Community. CBS was airing a low-rated NCAA Basketball game instead of their usual sitcoms.

In week two, Missing dropped a whopping 24% in the demo and dropped to fourth place in the timeslot (beaten by Idol, Community, and more basketball) with a 1.6 rating and 8.81 million. In week three, the demo dropped another 6% and the show remained in fourth place.

Over the course of this season, Missing’s ratings have slowly dwindled further downward. In fact, the show’s demo numbers have never risen.

Last night’s installment of Missing dropped another 14%, to a new series low, with a 1.2 in the demo and 6.32 million total viewers. It’s demo rating was tied for fourth place in the timeslot — with The CW’s Vampire Diaries.

When a series on a major network ties (or is beaten) by something airing on The CW, you know there’s a major problem.

Missing is currently ranked 21st out of 22 scripted ABC shows this season. It currently has a “D” grade on our ABC Ratings Report Card and is only outperforming Charlie’s Angels average — that was the remake that occupied the same timeslot and was cancelled last November.

Though ABC hasn’t said as much, there’s no chance that Missing will be renewed for a second season. The ratings are just too low — and they keep going lower.

On the positive side, there are only two episodes left in the season so it seems very likely that the network will let them both air before cancelling the show.

But, what do you think? Are you enjoying Missing? Is it worth renewing or should it have been cancelled awhile ago?

This is one of the best tv series that I’ve always rushed home to watch…..Have you tried
surveying in other countries? You’ll be surprise with the high rating it would get.

Missing, is a grate show you should definitely bring it back. Left me waiting for the second season.

Are you serious??? “Missing” is one of the best shows on TV. How in the world … Just bring it back on! Paleez?

i have been eagerly waiting for Missing’s season 2 – On checking the net I find they are not making the next season after leaving us in the air as to what was going to happen.
I don’t know what Americans want from their TV, but obviously not a good suspensful well acted porgramme. I guess ther is nothing like one of the many dumb reality shows, to feed the masses, In m y opinion a lot of the drama surrounding these shows are contrivedit is contrived

Missing , the show missing, Ashley is great, give people a chance to get into it!

Please do not cancel this wonderful show! are you kidding me?? It IS the best show T V.
I always take the time to watch it because it is so entertaining—- you never can second guess what is coming next. I love that I am always surprised with each episode. Plus—
How can you go wrong with Ashley Judd? She is and always been an amazing actress!!!!

YEAH THEY HAVE TO FINISH THE SHOW BEFORE CANCELING. WHAT HAPPENED TO BECCA?,,,HELLO. IS A VERY GOOD SHOW BY THE WAY

Out of all the serieces I was enjoying it I mean how can you stop a show like that I was so I love it I wouldn’t even miss an episode Id rather sleep late but i wouldn’t miss it, what you did was wrong you left us with a question mark when we saw the seat with none on it i mean what are you trying to do. You didn’t even give the show a chance please bring it back.

If you are not going to bring back missing at least make a book or a movie broadcasted on tv. If you made a book you could make it even more juicy and I think that by the looks of your comments the crowd would buy it. Make a series of books, try that out so it could tie up all the loose ends. I know that if you made a book about missing it would be my favorite series. Please try making a series of books and then continue the series if missing on tv or make a movie… Read more »

Bring back missing! Even if your’e not getting a lot of viewers, bring it back for the people who care about it. It was one of my favorite shows. Just bring back season 2 and see how the viewing goes. If it’s still not good cancel it . Please, bring it back

I am very,very upset this show will not be on for another season..I have been looking forward to seeing it..Why do you always do that with a good show!!!!…American Idol sucks this year!

Watched the final episode of Missing and all i can say is you cant end it like that just leave it with Becca missing, its wrong to leave it unfinished if your not planning on making another season! Please make another season and give it a fitting ending! Missing is a awsome tv show, full of suspense and great actors!!!

i am totaly upset i thought Missing was a fantastic show, they have so much crap on now it never fails, a great show comes along and they cancel it, put it on another day ,or time slot,,10 pm would of been a good time, and on a day there is nothing to watch, like now,
you don’t give the shows a chance, run it for a yr or two, then cancel ,,,not when the show just starts to get good you cancel ,dum .