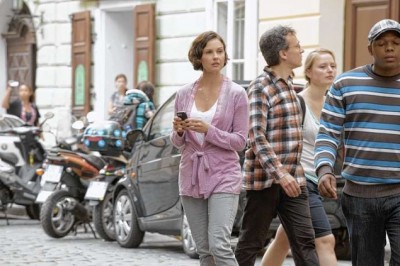 I love the show and I realy hope they will make season 2.
If you end the 10th episode like they did you should make an other one!
It says a lot about the quality of the makers and ABC tv.

My husband and I loved it. Please bring it back!

loved the series why cancel it and with an ending like that. very disapointed ,hope there will be a season 2

bring back the show

Can’t believe the stupid reviews of Missing appearing in these various TV weekly. I rarely watch TV because most shows are so lame. This show was really suspenseful and Judd ‘s character was compelling. I think critics have are hard time with female action heroes. I for one am sick of the typical male action adventure. I don’t care where it was shot. Scenes look great (Lord of the Rings was shot in New Zealand and not really in middle earth and no one mentioned that among the critics).

this show had character, a great story line, it was canceled way to soon. my son and I loved it very much it kept us on the edge of our seats we have been left to want more very sad it was canceled.

Look forward to seeing the show all the time.so sad if they do not keep.although it would probably be better on FOX