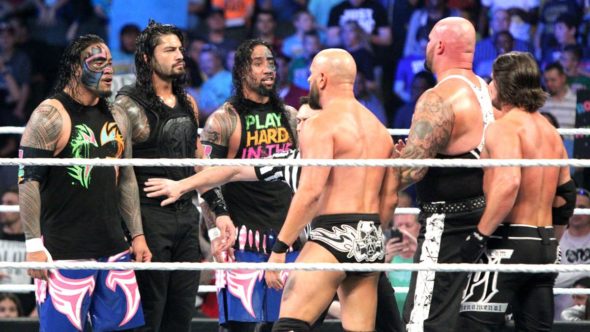 Some big changes for the wrestling world. According to The Hollywood Reporter, NBCUniversal has renewed Monday Night Raw and WWE Smackdown is moving to FOX.

Since it began in 1999, WWE Smackdown has aired on several networks, the most recent being USA Network. Now, FOX has signed a new deal to air the wrestling show weekly for the next five years. WWE Smackdown will make its FOX debut on October 4th, 2019.

Fox and WWE are a perfect match. Moving SmackDown Live to broadcast TV and having the ability to leverage Fox’s extensive portfolio of world-class sporting events will expand the reach of our flagship programming.”

What do you think? Do you watch professional wrestling? Will you watch WWE Smackdown on FOX?