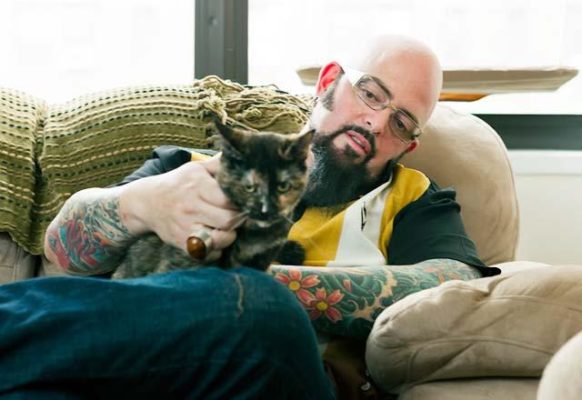 Are you a cat lover? Animal Planet just announced My Cat From Hell will return for a new season in September.

The docuseries follows cat expert Jackson Galaxy as he travels across the U.S. to help families with their behaviorally challenged felines.

My Cat From Hell returns to Animal Planet on September 1st at 8 p.m. ET/PT.

Animal Planet reveals both the heavenly and the hellish as The Cat Daddy himself, Jackson Galaxy, returns in MY CAT FROM HELL Saturday, September 1 at 8PM ET/PT. This season, Jackson goes far and wide across the U.S. to get up-close and personal with all-new families with all-new stories as he tries to rehabilitate felines with behavioral issues and the cat owners who don’t understand them. The season kicks off with back-to-back episodes and will continue each Saturday night.

During the season, Jackson will face one of his greatest cat challenges when an old friend and animal welfare expert enlists his help to create a community movement and to recruit a new generation of volunteers to save feral cats in Philadelphia. Other stories include Jackson helping to shine a light on a prison program called Meow Mates that integrates foster cats into corrections facilities to help rehabilitate inmates; and working with a foster guardian desperate to save a cat from being euthanized in an episode with one of the most miraculous MY CAT FROM HELL outcomes in the history of the series.

Additional stories this season include Jackson coming to the aid of a Delaware-based veteran suffering from PTSD whose therapy cat seems to bring him far more stress than comfort, and a high stakes situation where Jackson encounters the vicious claws of a troubled cat terrorizing a family as they are about to bring home a newborn baby.

MY CAT FROM HELL audiences can check out the mid-form companion series on social media, My Cat from Heaven, featuring more inspirational and feel-good stories. This is a season where Jackson connects with remarkable cats in some of the most extreme circumstances, leading to incredibly heartwarming experiences, both for him and the cat guardians he encounters along the way.

What do you think? Have you seen My Cat From Hell? Will you watch the new season?

We have really enjoyed Jackson and all the cats he’s visited. We’ve learned a lot and LOOK FORWARD to My Cat From Hell SOON!

I wish that Mr. Jackson would look at my cat LMAO,

I wish that Mr. Jackson would look at my cat LMAO, I really like his work but there is no show that I have seen yet for the unique, sporadic psychological brain deflecting my cats behaviour..

We absolutely love Jackson and his ability to help kitty’s and their owners fix problems so that everyone is happy !
We have only 1 cat now ? But absolutely love cats!!
Can’t wait for Jackson to be back on tv again!
We were afraid he wasn’t coming back or was ill!
Yay !! Jackson !! Can’t wait for your new shows

Being a cat lover, I very much appreciate Jackson’s ability to solve even difficult situations involving cats. Looking forward to a new series.