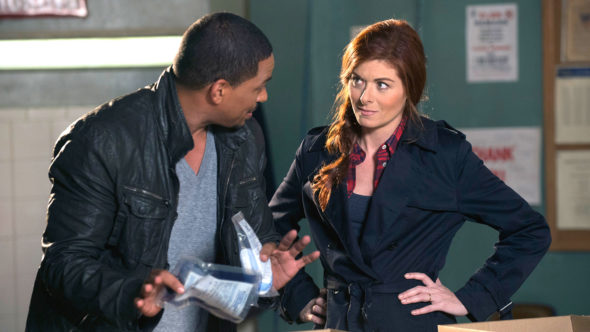 I too loved this show. This cancellation taught me not to start watching NBC programs. I don’t want to get attached to a series only to have it yank3d out from underneath me!! I miss those characters! 3speciakky Jake and Laura!

I loved this show! Was one of the only shows I watched. Now I watch nothing! And what a terrible way to end! At least give it a proper ending!

So sad….miss this show! Put it on Netflix!

My partner and I were really sad to know that this great drama was cancelled! Although, we’re not from US, we enjoyed how the drama portrayed Lauraa just like a real person trying to balance between family and work. Wish they could find anther network.

so disappointed to see this was cancelled, what is the matter with NBC, she was so real being a working mom and having a life. unbelievable!

Ellen
Very disappointed to see this show was cancelled. I was very surprised to see this because I thought it did well in the ratings. Debra Messing’s character was awesome as were the story lines. Not happy NBC!!!

So sad that another network didn’t pick this show up, it had characters you could relate to, and a very good cast. My wife and I will miss this show

Not happy about this decision, this show is very good and very entertaining, the actors are exceptional, ***

Can’t believe this got cancelled. They finally had a decent show. Seriously NBC???

Absolutely disappointed… Loved the show! .. Atleast finish the story at season three and not leave us hanging

Unbelievable, a fresh and original show. It got better over time even. Why would they cancel this!?

This makes no sense. Twice (roughly) the ratings of Longmire. This was not just a good show, this was a good show getting better. Maybe Netflix will pick it up?

I wish this show would come back!!! Loved it!!!

Thought the acting was excellent with well written plots. Faulty corporate thinking has cancelled this show.