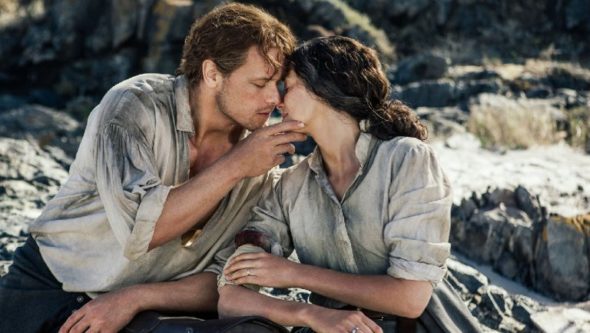 What’s next for Claire and Jamie? Starz just announced season five of Outlander will debut in February 2020, Deadline reports.

Season five of Outlander is set to debut on Starz on February 16th.

Take a sneak peek behind-the-scenes below:

What do you think? Are you a fan of Outlander? Are you excited for the new season?

I’m new to the series and I love it. I’m currently reading the books to catch up and can’t wait for Season 5.

Love Love Love this show.I love the way the show has twists and turns. And can’t wait the next season to start. Please keep it going.Katt

Love the show and all the characters. Wish the show stayed truer to the books. Re-reading all the books.

I love Outlander, i will watch it forever. All the cast and writers are great. Pls dont ever cancel

Love the show, not only waiting for season 5, also waiting for 6 through 10. Keep them coming.

My husband and I love this series. It has everything . Can’t recommend it highly enough.

So looking forward to Season 5… miss the weekly viewing. I have turned on so many others…who, are now big fans like me. The writing, story lines, acting excellent!…

Love Outlander. Love David Berry and Richard Rankin. The woman who plays the daughter has grown on me.

So ready to come out of “drought “ from Outlander! Looking forward to February return!