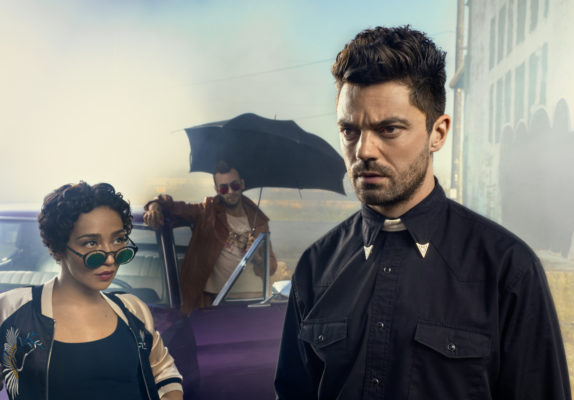 Based on the comic by Garth Ennis and Steve Dillon,  the series centers on West Texas preacher Jesse Custer (Dominic Cooper), his badass ex-girlfriend Tulip (Ruth Negga), and Irish vampire Cassidy (Joseph Gilgun) on their road trip to find God.

Season four of Preacher premieres on AMC on August 4th at 9 p.m. ET/PT. 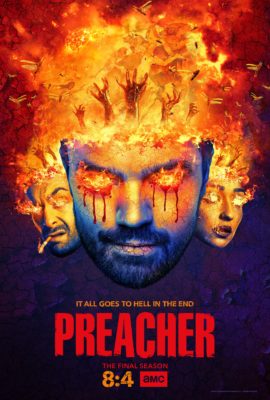 What do you think? Are you a fan of Preacher? Are you excited for season four?

my son plays in season 4 as extra. cant wait to see

I found this series serendipitously and have loved every minute of it. I turned my son onto it during season two, and he loves it, too. We’re both looking forward to season 4, 5 and 6.

Looking forward to the premiere.