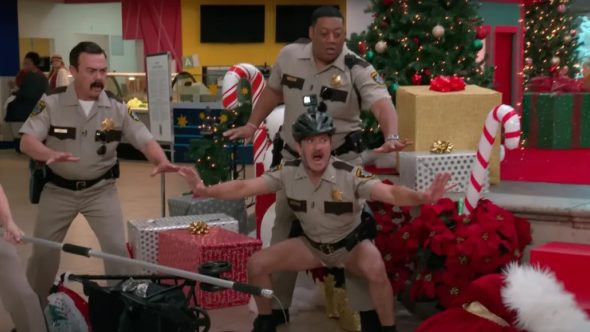 Comedy Central revealed more about the film in a press release.

It’s Holiday Season in Reno, and Lieutenant Dangle wishes he’d never been born. With the help of a roller skating “Angel,” he learns how much better the lives of the other deputies would be if he never existed. Will he decide to live on anyway? There’s still Christmas criminals to catch!

Check out the preview for the Reno 911! holiday special below.

What do you think? Are you excited to see the Reno 911! movie this holiday season?